The Ash-Hat is a tradition that was officially passed down for the first time in 2019, but had existed since 2016. It started when Will Joseph (better known as “Pokémon Will”) wore the same Ash from Pokémon Hat EVERY SINGLE DAY for two terms at wake forest t2. He stopped wearing it when he went to Duke East t2 and then pretended it didn’t ever exist. (“What hat? I never wear hats!”). He was known for bringing the hat out at dances, and when questioned about it, pretending he still wore the hat every day (“This hat? I wear this every day!”). The holder of the Ash-Hat is charged with continuing this bit about the hat until they pass it down. Will wanted the hat to be called the “Pokémon hat”, but “Ash-Hat” has a much better and much more accurate ring to it.

(Will Joseph takes no responsibility for and never considered the hat as a “tradition” and leaves that up to the current and future owners as well as future East T2 TIPsters.) 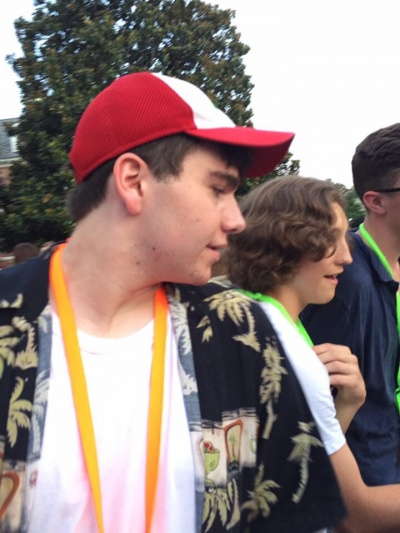 Will trying to avoid photos of the hat
Retrieved from "http://www.tipwiki.net/index.php?title=Ash-Hat&oldid=78547"