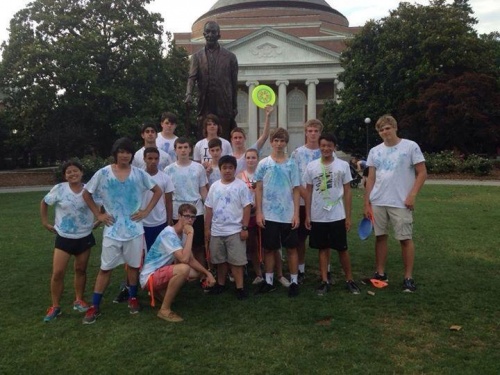 The triumphant Dream Team holding up the disc.

The Dream Team disc is a new relic, "created" during the 2014 Term I at Duke East. It's a yellow Ultrastar, a bit beat up from having been used, but not as fragile as the Watercolors disc. The disc was originally owned by a team member (Maya Messinger), but became the Dream Team's disc after Dream Team beat Watercolors to play in the Staff vs. Student tournament. The disc had been used in both games that Dream Team won against Watercolors in 2014.

When passing down the Dream Team Disc at the Talent Show, it is tradition for the new captain to swat the disc when it is passed instead of catching it.