K-ism is a religion started at Duke West Term II, 2014. It is a monotheistic religion that worships its god, Coach K. Coach K, is of course, the common abbreviation for Coach Mike Krzyzewski, who is the head basketball coach at Duke. Obviously, members and followers of the religion are known as K-ists. The religion was developed by Jefferson in Sean's RAG, who was roommates with Gabe. A shrine was built in their room, the holiest object of worship being a picture of Coach K taped to the wall. The tradition is that people donate items to a red solo cup that rests at the foot of the shrine (the picture of Coach K). The Prophet of K-ism is able to walk around with the cup to collect donations in the honor of Coach K. Donations in the past have ranged from fortune cookies, to loose change (by far the most common donation), to a Twinkie. Donations are cut off and conclude for the term at 5:00 on the last day. The Prophet is always a fourth-year, and the first Prophet was the one who started it all: Jefferson. Jefferson chose Anish as the next prophet, establishing the tradition of passing the possession of the power of K-ism and possession of the shrine on to a select third-year. The Prophet is truly the world leader of K-ism. Additionally, if you see a stegosaurus anywhere, real or a depiction, you are not to touch it. At all. In any way. Because Coach K will know. And you will be punished. "Ain't nobody touchin' my stegosaurus!" 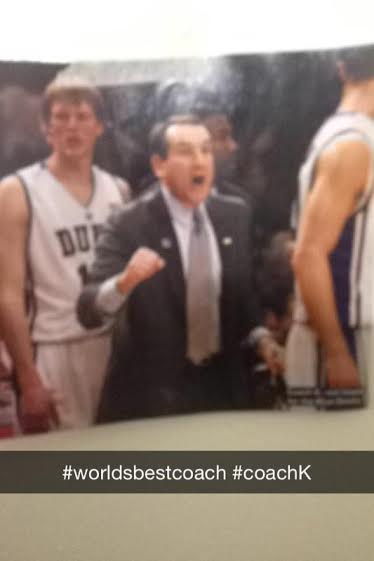 The original picture that started it all 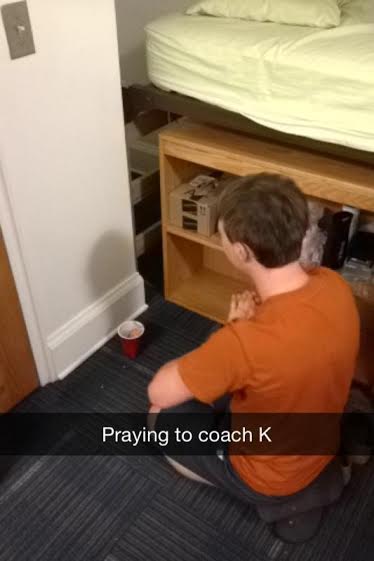 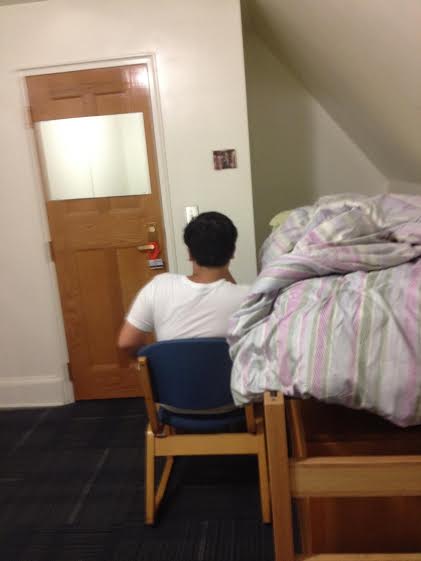 The first prophet communicates with Coach K at the Shrine 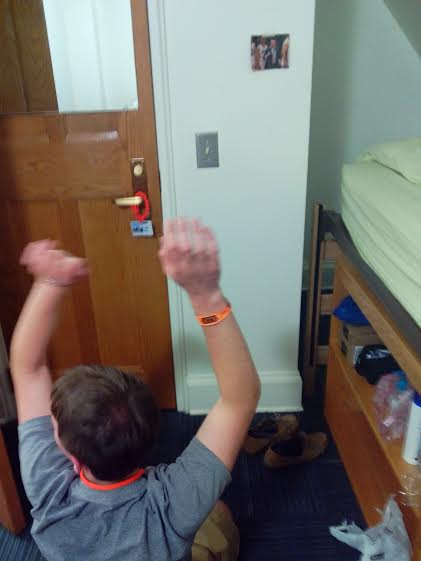 Prayer to the Lord 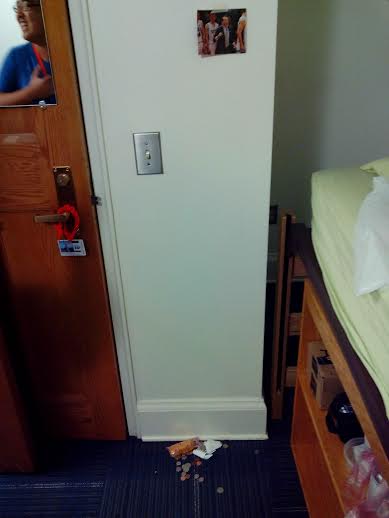 The shrine before the institution of the red solo collection cup 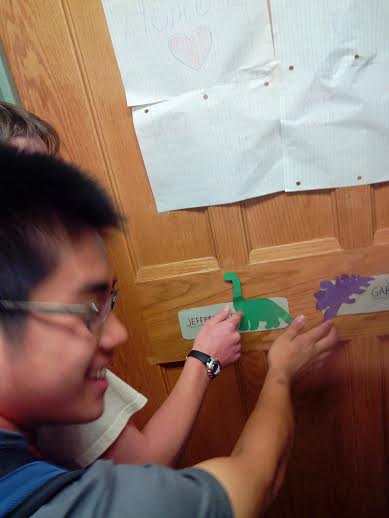 A former, now excommunicated, K-ist (on the right) breaks literally the only rule of K-ism. The member on the left is okay because that dinosaur depiction is not a stegosaurus