At the beginning of Duke East Term II 2016, the Bach to Rock class was given kazoos, likely for their satan-summoning rituals. And use them they did. At night, particularly at midnight, when I was trying to sleep. And during free time. And during breakfast, lunch, and dinner. The only certainty I had at tip this year is that someone, somewhere was playing the kazoo, no matter when, which was both comforting and slightly annoying. Whenever I hear a kazoo's soft buzz, I will be reminded of the time I spent at tip, specifically the time I spent at tip reconsidering my life choices. 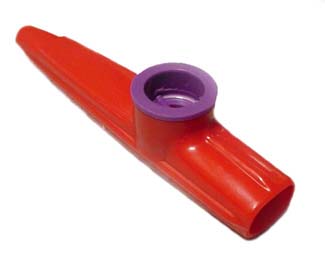 The instrument of destruction itself

But what is a kazoo? And what can it do?

A kazoo is a musical instrument that is played by placing the smaller end of the instrument in your mouth and blowing. They can be used for a variety of activities, such as-

-Annoying everyone in the vicinity except your fellow kazooers

-Calling demons to the realm of mortals (unconfirmed)

-Playing All Star by Smash Mouth for the talent show

-Bringing about the apocalypse (unconfirmed)

At Duke West Term II 2019, a fourth-year named Catherine Butler began the Kazoo Cult, also known as the Kazoo Crew. Kazoos in a variety of colors, including the ever-iconic magenta kazoos, were sold and played very, very loudly, much to the dismay of Laney Chang, Catherine's roommate. A handful of members of the Kazoo Cult performed a medley at the Talent Show of the following songs: The Mii Theme, Everytime We Touch, Sweet Caroline, and Careless Whisper. Lines from the popular Youtube video "You On Kazoo" were scattered throughout.

Note: Each time someone mentions a magenta kazoo, they have to pronounce it "ma-GEHHHHN-ta" and make jazz hands dramatically. No exceptions.