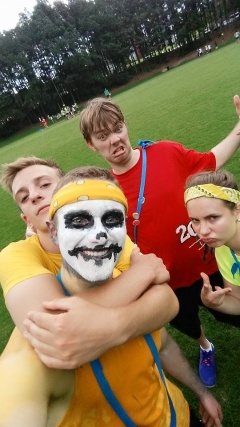 PimpDaddy was known throughout the camp as being a calm and respected RC who had an affinity and talent with women. During the term his RAG group was Alpha, being the only 100% 4th year male group with the individuals having an affinity for drugs. Not only did they do the plain old 100% Mexican Coke, they also took frequent LSD trips at night. However the sole pride and true Pimp Master of the RAG was Evan Harris who struck gold and was the only true member of the group who went through a dedicated relationship throughout the term. Stories worth telling will be added here throughout time whenever Justin feels like it. If the page continues to be empty as it is, he probably forgot :/.