Nathan was the RC for Duke West in 2019, and served for both terms. Known commonly as Ned, he was seen as a religious idol to those who were in his RC or to those who had the honour of knowing him. He is vegetarian, plays the guitar, piano, and cello, and is majoring in Mathematics and Philosophy. Ned was originally a TIP camper for 3 years, and has been a RC for 2 years. Unfortunately, little is known about Ned and his TIP life prior to 2019. His RC buddy for 2019 Term 1 was Te’Asia, and his 2019 Term 2 buddy was Charles, both of which were RCs for a 4th year group of TIPsters. 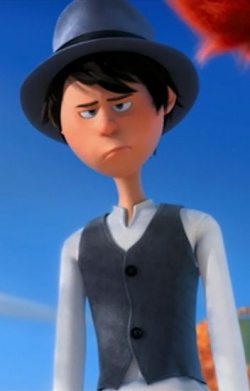 The Once-ler from the Lorax 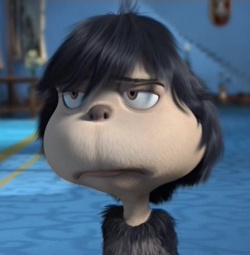 JoJo from Horton Hears a Who

Ned is possibly the most attractive man on Earth. If you look at his glorious beauty in the picture at the bottom, you will know how beautiful he truly is. He also likes to wear watches and can be seen browsing watch stores on his phone (in incognito mode, of course).

It has recently been rumoured that Ned uses high-quality wireless cameras to keep an eye on his RC group. These cameras are so small,

A Sketch of Ned’s Personal Camera
even Horton can’t hear them. This rumour is still being investigated, but caution is advised for all TIPsters.

As mentioned earlier in this page, very little is known about Ned, and various eyewitnesses have reported seeing Ned in incognito mode while using computer (however, all eyewitnesses recalled everything they saw was TIP appropriate). Ned also has no active social media accounts, and has no known criminal records such as DUI's, speeding tickets, etc. To some extent, Ned has completely isolated himself from the internet, and is reported to have no connection with other people on the internet.

For Ned’s final Term One RAG Night, the group chose to go to Ninth Street to spray paint graffiti on the walls and find an ice cream spots afterwards. Arriving seemed to be no problem, but there were only seven spray paint cans, so we finished very quickly. One of the TiPsters(Miles) plugged the Lil Toes SoundCloud, while his counterpart(Ozi) furiously scratched at a minor rash on the back of his leg from the spray paint. Going back to Duke West, the TiPsters had found out that even thought they only had seven cans of spray paint, they had missed the last bus. So with Brody leading the charge, Ned’s term One RAG speedwalked back to Few Quad, where a group was playing a game of ultimate frisbee. Figuring that the Ned’s group still had some time, they went to go find ice cream, only to find out that the ice cream parlor got move all the way across Durham. As a cherry on top, this all happened in the scorching heat. 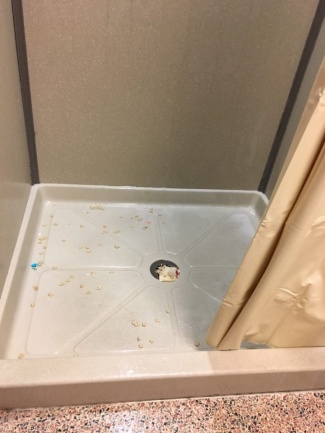 The Waffle Stomped Pop-tart and the Cereal

Many notable events occurred during Term 2, both in and out of Ned's RAG. To start off the beginning of Term 2, the neighboring RC group (let's call them the pop-tart RC group, or PT for short) came up with a great idea: place a single strawberry pop-tart the shower (keep in mind this was the first day). The next day, they came up with a ‘'fabulous” idea to waffle stomp the pop-tart down the 2nd stall shower drain (where it was originally placed). Of course, you can only force a pop-tart so far into a small drain, and the half drowned pastry was left mashed into the drain for the first 2 days. During the same time the pop-tart was stuck in the drain, the PTs decided it would be an outstanding idea to throw lucky charms and other assortments of cereal around the entire bathroom. And, if that wasn't enough, they left a pile of clothes soaked in [non TIP appropriate word] lying on the floor for everyone to see. Throughout the week they had many encounters with the PT RC group, and to some extent, they were all able to enjoy themselves without anyone getting hurt, putting aside a near miss with a head injury and a sick camper.

Aside from the Quad/Dorm, the dinner table provided interesting conversations among the groups members, consisting of everything from 'TIP Violators' to [use your imagination]. The first topic of conversation, as well as the first joke, was the term TIP Violators. In a quick summary, small signs printed with the words "Reserved for Summer Programs" were placed on every table on the second floor of the Broadhead Center. On one of these signs however, someone had written the words: "Reserved for TIP Violators be warned!" Now for those who didn't notice the error in this message, reread it and look carefully about the choice of (more like loss of) punctuation between the word 'TIP' and the word 'Violators.' With the message written as it currently is, it was read/perceived as this: "Reserved for TIP Violators, be warned!" Thus, the term "TIP Violators" became the very first joke ever concocted at the RC Group's table. Unfortunately, after a few days, not mentioning any names again (it was Ned) decided to add a semicolon, thus fixing the grammatical error and changing the message to look like this: "Reserved for TIP; Violators be warned!" Yet, since they had infused the term "TIP Violators" into their minds, the group could never look at the sign the same way again.

Ned’s Term One RAG became nicknamed the Beelvers, stemming from the TIPSync song choice, “I’m a Believer,” by Smash Mouth. The Beelvers were one of three RC groups to be one team red for QuadFest. Ozi, a member of Ned’s RAG started the chant “Red gets Bread,” which quickly morphed in to “Red gets [something else]” Red group ended up winning quad fest.

Ned’s Term One group became a very interesting group. Punctuality showed itself to be a recurring problem with at least one person late to every meeting. However despite that, the group was fine. Nathan will forever be on the S+ tier for RCs at West.

Ned’s Term Two RAG had too many features to be properly summarized into a single nickname, and is known only as “Ned’s Term Two RAG.” However, they secured 3rd place in TIP sync with the song “Call Me Maybe,” with 2 female RAGs taking 1st and 2nd. It was because of Matthew’s and John’s outstanding ‘performance’ that helped secure victory for this RAG. However, during Quad Fest, Ned’s RC was placed on the blue team (thank god they weren’t on grellow), and received 3rd place. That aside, they had 2 successful rag nights in GG102SD (dubbed the “broom closet” by the RAG members) with movies, dominoes, desserts, and drinks. They spent their last RC night enjoying a TIP appropriate visit to “The Wall” in East Campus.

There also seemed to be a problem with 'lost' tipsters from other RC groups. For example, a 3rd year from another RC group, not mentioning any names (Bre) found herself always involved with Ned's RC. Much to Ned's dismay, she appeared practically anywhere that a certain unknown and anonymous TIPster (John) in Ned's group happened to be, including RC meetings and evening activities. In addition, one of the TIPsters in Ned's RC, not mentioning any names again (it was Harry) found themselves with other RC groups, such as the PT group. This would contribute to a similar problem that occurred during Term 1: simply being on time. Luckily, Ned's RC was able to locate its members most of the time (9/10 times - give or take), and they encountered no other problems for the remainder of term (aside from a few 'issues'). 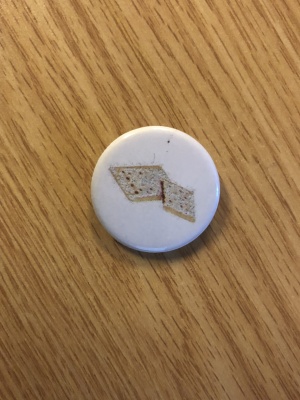 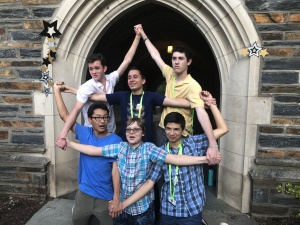 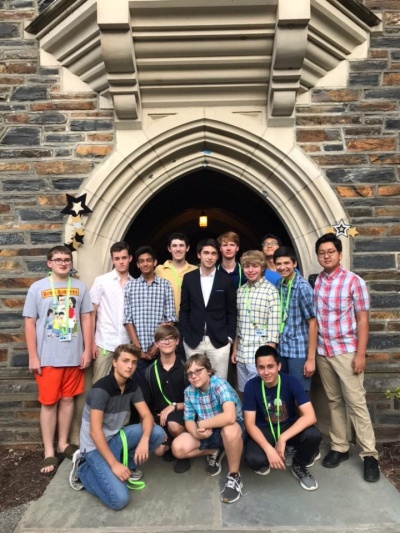 While Ned had multiple accusations of being with some Term 1 RCs, the most notable "relationtips" that Ned had were with a group of Fourth Year girls. From the very beginning, a select few from this rag had noticed his beauty, and this infatuation quickly spread to the rest of the rag. Although it was mostly a joke (one girl still remains in love with him), Ned expressed feelings of discomfort and fear that he had in the presence of these girls, which led them to back almost completely off. This was probably because Evan the Snitch told him that the girls had crushes on him, which was sucky of him to do. It's a shame, however, because the girls all had planned to invite him to slow dance with them in a group at the last dance. Sadly, his inability to understand that it was a joke made the girls feel as though he wouldn't want to play along. To this day, they go back and forth on whether he's canceled or not. Although it is a tragedy that none of them could win over Ned's heart, the situation was an amazing bonding experience for the girls and they wouldn't change anything for the world <3.