What does it mean to know something?

That's what 18 kids were told to question for three weeks their 2016 year of Duke TiP.

They also became best friends (and family). Here's a little bit about what they went through together.

- Professor: JB (our hero, white male with a beard)

- The Guy From Nickelback

- The Cast of Adam Sandler's "Jack and Jill"

- Nanar Films & Quotes - One of the first few days of class, a few kids realized they all loved terrible movies. These included classics such as Tommy Weiseau's "The Room," Adam Sandler's "Jack and Jill" & "Grown Ups 2," Kevin James' "Paul Blart: Mall Cop 2," and "Troll 2." They quoted these movies enough, shouting "I'm FED UP with this wORld!" that JB and Madeleine decided to show the class a video on "nanar" films. "Nanar" is the technical term for a movie so bad, it's good. Ever since we learned about it, we'd become obsessed with it, bringing up nanar in and out of class discussion.

- Movie Sunday - Every Sunday, the entire class (including our teachers!) would gather in the piano room and watch a movie. During the term, the class watched "Jack and Jill," and "Troll 2." Once we'd watched them, we would philosophically analyze them. (but WHY does Jill have the chocolate squirties?)

- on the bus to flaVORTOWN,

- "Beige is the color of mediocrity!"

- The other people on the bus think we are all crazy

The class at prom! 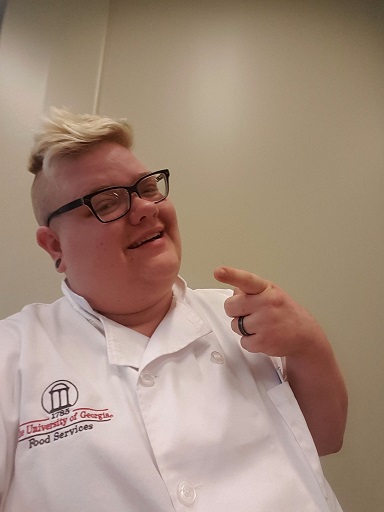 The man, the myth, the legend: Mr. Andie.