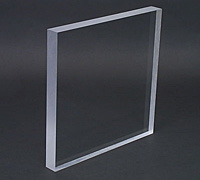 Plexieglass was the ship name of the RC Lexie and the Mock Trial instructor,Gordon Glass, who were both present at Term Two at Wake Forest in 2014. Although little is known about them, the relationship (relationtip?) was confirmed by Lexie to members of her RAG on the second week. Lexie further ascertained that they had been together since the beginning of 2012. A checkup of Lexie's Instagram revealed that they had taken a trip to Madrid sometime in 2013. During Term Two, Julia Hunt of the Mock Trial class procured the ship name Plexieglass. When Glass was approached regarding the matter he said that the name had been around "since the very beginning" and that his dad said they "couldn't get married, cuz then she'd be 'Lexie Glass.'"

They can be seen sitting together, sometimes at dances, and at the Greensboro baseball games, but tend to stay very professional. But we can only imagine what happens after lights out.