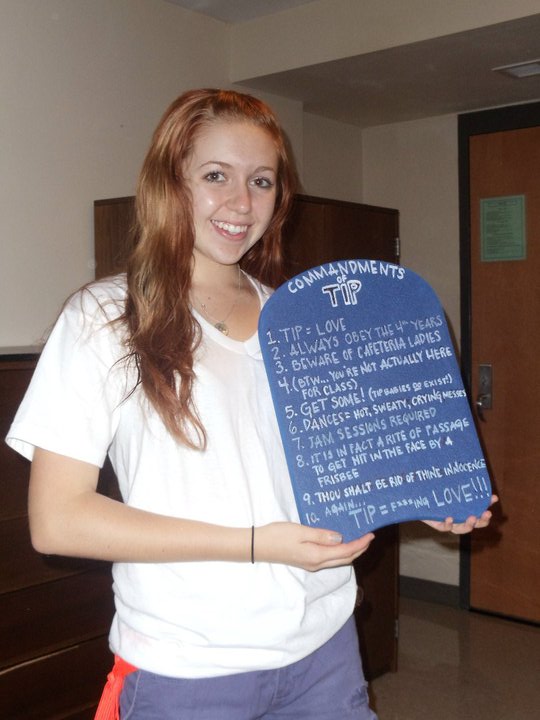 ~The Writer of the Original Ten, Maddy Longacre. 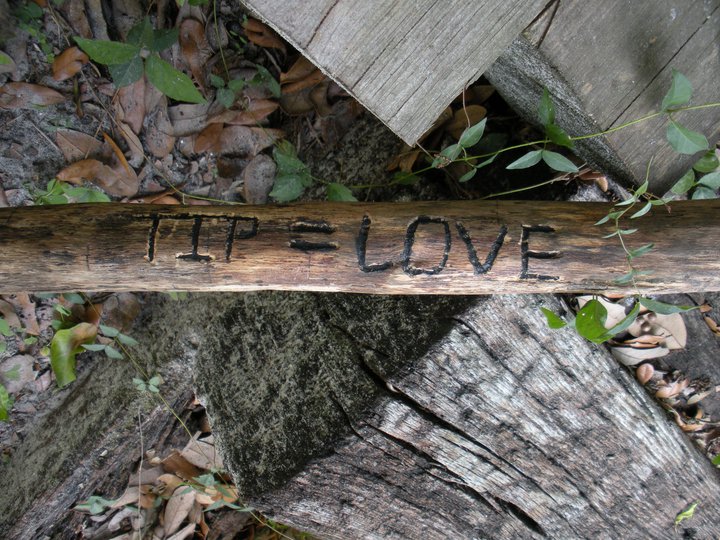 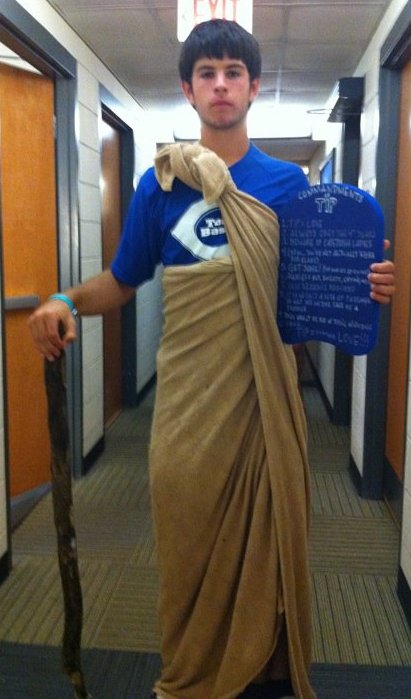 In the summer of 2014 when the Shtaff was passed on to Rhys Switzer, he took it to his place of dwelling and set out to preserve the Shtaff and add a new tradition. He preserved the wood and burned the "TIP = LOVE" permanently into the wood. He then burned all the names of all the Moses and their years into the wood in the hope that future Moses would do the same and therefore leave a small mark on the now well established tradition of UGA Term 1.

The Commandments are not only exclusive to Term 1 or UGA. They are Commandments of TIP. It embodies the souls of every true TiPster.

8. It is in fact a rite of passage to get hit in the face by a frisbee

9. Thou shalt shalt be rid of thine innocence

13. Accept everyone. No exceptions.

14. Make every year your best year.

20. TIP is unconditionally, inexorably, the essence of LOVE. 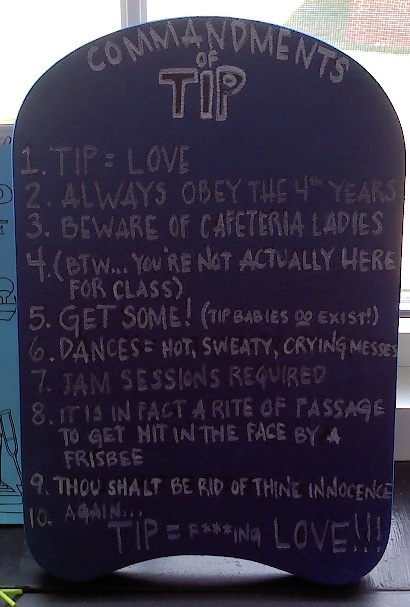 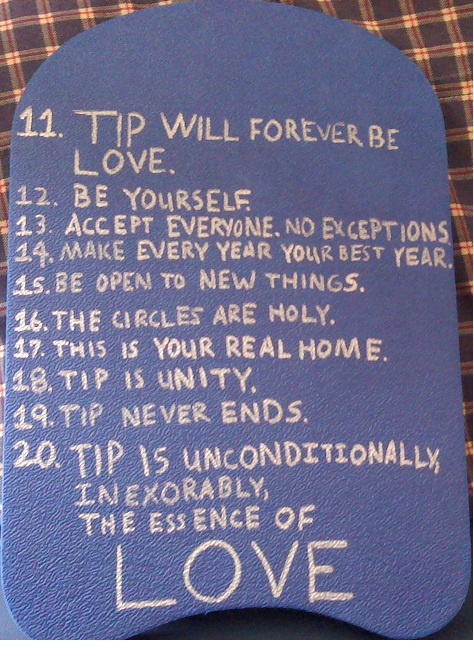 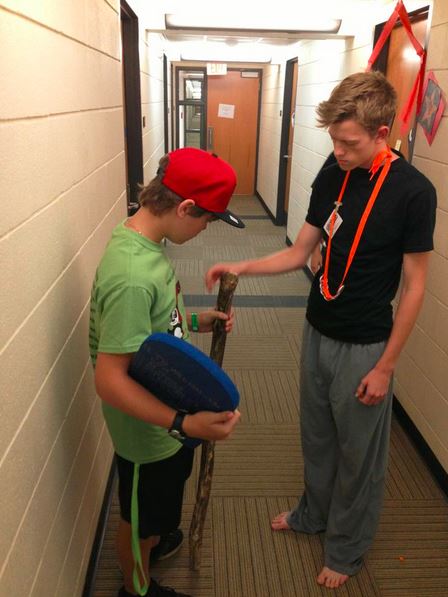