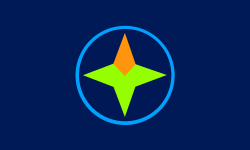 TiP Nation is a Facebook page for all TiPsters, everywhere, created on July 6, 2012, at 5:25 PM EST. Thanks to some active members adding all of their friends to the group, it gained over 1000 members in its first hour of existance. Less than four hours later, it nearly doubled in size as members were bombarded with notifications.

On 7/13/12, TiP Nation surpassed Montserrat and reached a population very near 5000, becoming the 232nd largest country in the world.

Anyone who has ever attended any of the Duke TIP campuses, Center or Academy, can join. Once a TiPster, always a TiPster; as long as you were a TiPster at any point in time you are allowed to join. TiP Nation is a great way to find TIPsters in your area or discuss common interests.

This was the first home of TiP Nation Island, a project created to plan and form a TIPster micronation.