Organized by Jaclyn Kottman and Hanna Hope, the 2006 TiPunion (TiP-reunion) was a magical night of craziness where TiPsters from 2005 and 2006, Terms I and II of Duke East gathered in Atlanta, Georgia for a weekend of llove. TiPsters flew and drove in from around the country, and the festivities officially began on Friday, December 29 with a TiPdance at Jaclyn's house. After 5 hours of eating, dancing and complaining over the absence of the llama (though creatively replaced by a colorful drawing), the weary TiPsters retired to their respective host families to rest for the night. The following morning of Saturday, December 30 brought a breakfast at the Atlanta Bread Company and goodbyes, sending the TiPsters on their way. 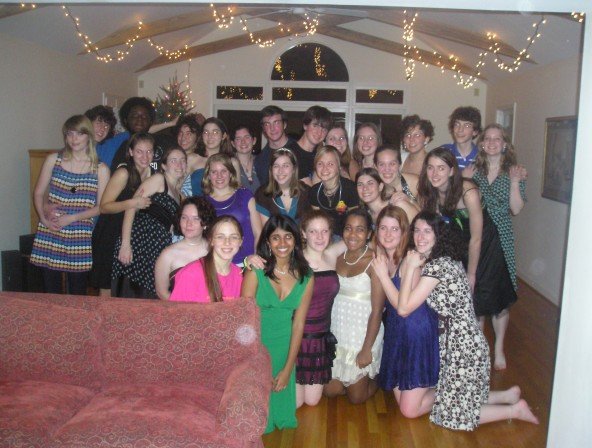