Vann Eubank formerly known as Savannah "lilli" Eubank and formally known as Sparkle Motion is a grade "A" twerker, the Queen of Pop, unquestionably sexy, and a pretty neato kiddo. They are the real creator of all of the inside jokes of the classes that they have taken: Haunted Places - 2012 Words that Matter - 2013 Creative Nonfiction - 2014 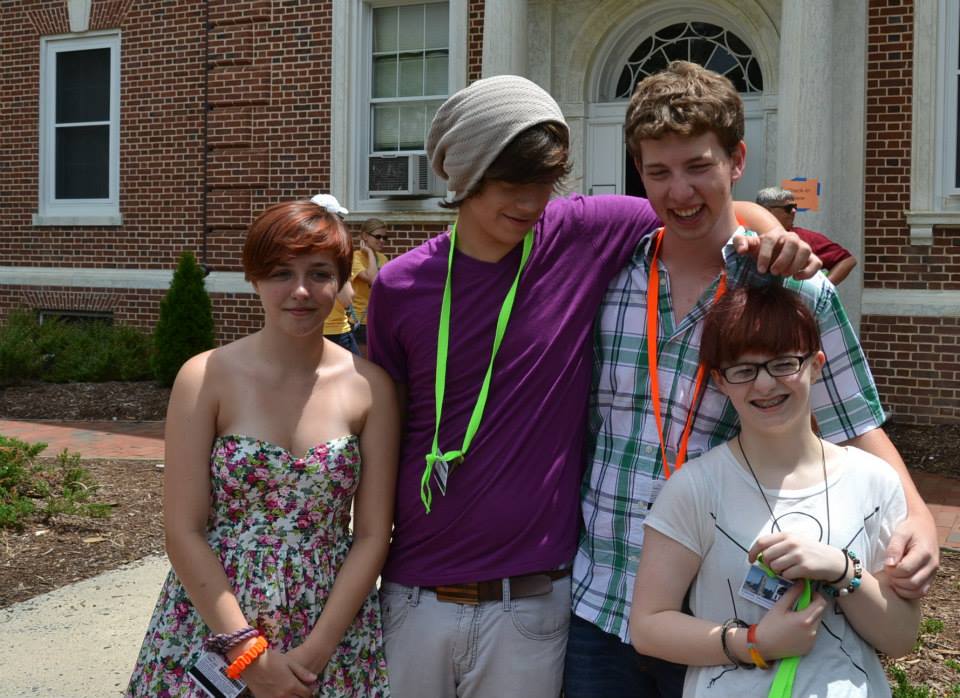 Vann: the shorty but sporty on the right.

With their flamboyant arrival to the Duke East campus, Vann started out their journey with a landslide of taboo Japanese candy and lots of Supernatural experience. Not supernatural like a ghost, supernatural like the ghost of one's fetishizing of Sam and Dean Winchester's voluptuous bottoms. They worked hard in that class, laboring over the massive questions of "are you ticklish?" "Who wants to know about hair?" and other priceless gems of culture.

In other news of their first year as a second year, they were a star dancer, performing a bomb fluttershy choreography. After that, everyone seemed to want THEIR little pony...

This was also the year that Vann could have had a relationtip with one, Ian English; that Vann kissed that cutie Skylar; and that Vann tricked the poor Jew-boy Kyle Cohen into a lasting relationtip turned relationSHIP.

On a sweet touching note. This was the year that their life was changed. Tip is pretty swaggy.

A new year, a new image. Vann returns with sassy red hair that burns with the passions of their heart and soul. They no longer show pictures of dragon dongs to random innocents on the quad from their ipod, but Vann is no less kinky in their choice of wordplay to win those debates. Words like punchline, chairs, tables, obfuscate, ephemeral, abscond... Oooh yeah those words.

They would often spend time writing lurid poetry about butts with their husband Kyle Cohen for laughs, and to spread the word that one can only truly reach nirvana though overly copious amounts of butt-touching. Perhaps this is why they seemed precariously linked to Biddle being shut down...

Anywho, Vann perfomed a killin' pop mashup at Tipsync dressed as Kesha, gaining them the glorious title of Sparkle Motion. Then, Vann heated up the room with them singing and their partner Kyle on piano doing a little tune called Fever at the talent show. It was so hip. The super hippest.

The future is scary.

TIP is a serious place. There are no jokes when it comes to dressing boys in skirts and shoving Ben and Jerry's down one's throat.