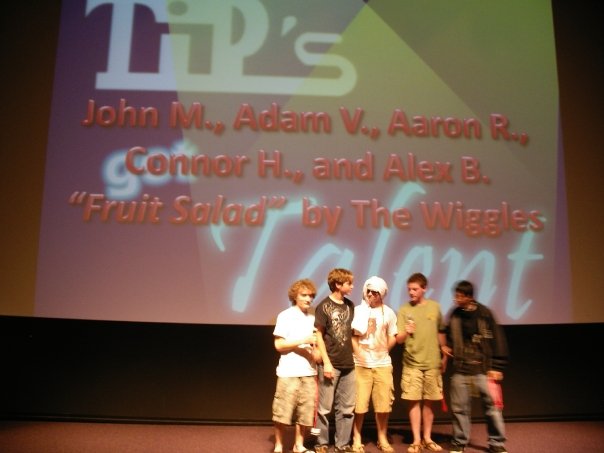 Fruit Salad was an artistic masterpiece in Duke West's (Term 1, 2009) Talent Show. It involved five fourth years performing the hit song, Fruit Salad by the Wiggles. The fourth year performers included, from left to right: Alex, John, Connor, Aaron and Adam (one of the famed Breakdancing Asians). The act basically had the song playing while the crappy TIP microphones refused to pick up anything. Connor sported the acclaimed deflated chef's hat, while Adam was the only one to do the motions. During the verses, they raeped. In the end, it was just a bunch of fourth year boys doing it for the lulz, which was the entire purpose of the act and got them a big round of applause.

A low resolution video of the first 51 seconds is available on Facebook. The quintet initially tried to record one as well, but the camera battery malfunctioned. No civilians were hurt.