An early attempt to personify Kamalspaugh

The Legend is Born or The Founding Fathers

A legend is born

The setting: East Term 1 2014. It was the dark and stormy evening of June 24, 2014 (edit: It wasn't). As the sun was taking its last breaths, Kamal's RAG took the last remaining RAG night with anticipation. It was to be at Frankie's, filling all with a sense of awe and amazement. As the RAG descended on Frankie's in two separate cars, one driven by the amazing Mel Weyant (with Luke Ourednik as her navigator), and the other driven by Rick the RC (with Kamal as his navigator). In the previous days this RAG could be heard talking about renaming Alspaugh "Kamalspaugh" in honor of Kamal. Although all attempts to do such had been foiled, little did Kamal's RAG know that tonight would be the night that Kamalspaugh would take material form, for better and worse. As the RAG arrived, Frankie's sign lit up like my roommate watching Netflix during the night. The adventure had begun.

Gambling our Life Savings or How Frankie's Stole our Money

The approximate amount of money we lost (per person)

So we all know that Frankie's is ridiculously expensive and the personification of the devil's ability to convince TIPsters to give in to greed. Despite this common knowledge the RAGs that descended upon Frankie's on this night still managed to blow a few hundred dollars on rigged claw machines, strange small bowling lanes, laser tag, Transformers shooter simulations and assorted coin machines. This place is a black hole for TIPster money and caution should be taken at the house of addiction.

The Arrival and Purchase of Kamalspaugh

By the end of the evening, Kamal's RAG, after hours of toiling away at the rigged machines for tickets, decided that the best thing to do with their combined tickets was to buy something for the RAG. Some of the previously ideas included a large bear rug (nice try Luke), a massive guitar, some nice Frankie's shades, and even a lava lamp. However, during all the indecisiveness, Luke Ourednik happened to turn around. This was the first time the large stuffed monkey that would later be known as Kamalspaugh was seen by a TIPster, and as soon as Luke pointed at the majestic creature the entire RAG immediately knew THIS was what would be bought with those tickets. Kamal's RAG paid the 4,000 tickets that the creature cost, and as it was brought down from its spot it was hailed as the almighty monkey that the RAG would buy. Immediately after, the name Kamalspaugh was given to the creature, and thus Kamalspaugh was brought into the TIP world.

One of the little known parts of the purchase of Kamalspaugh was that following the purchase of Kamalspaugh while (almost) all of Kamal's RAG was passionately hailing the majestic creature, a total of 150 tickets were left over. Max Hipp subsequently used these tickets to buy a mood ring. (Why this particular prize was bought is still under speculation. Theories include the idea he bought it for his relationTIP at the time, Haylee Peters, he is the Hulk and therefore needs to know when he will turn into his Hulk form, or the most nefarious of all theories, which is the most commonly accepted.) The commonly accepted reason why he bought it was that he wished to control Kamalspaugh through the ring and attempt to use Kamalspaugh’s influence to take over TIP East. He attempted to do this in the car ride home, but was foiled by Ryan, Jake, Harry Styles (aka Jack) and Michael, who managed to take Kamalspaugh in their car and save him for the time being. Later, however, Tanuj, who housed Kamalspaugh for the night, managed to somehow obtain the ring, and following the unknown events of the night, Kamalspaugh was not the innocent stuffed creature he was just hours beforehand. The following day Luke Ourednik was sick beyond natural means, pointing to the notion Kamalspaugh had maliciously attempted to eliminate the man who found him after his corruption (the reason why is unknown). He/she who bore the Ring was to be influenced by the malevolent corruption of the new Kamalspaugh, and to this day he/she who bears the Ring must be weary of the terrible actions one can make under its influence. 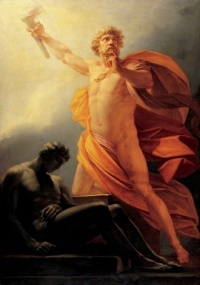 Some have compared them to Prometheus bringing fire to humans, but without the suffering that came without it

Kamal's very first RAG, otherwise known as "Headache", both bought the 4000 ticket monkey and named him. While Headache was originally seeking a duck prize, they saw Kamalspaugh and knew it was meant to be. Top contributors were Michael with over 1400 tickets and Alex with over 800. Other contributors include Max, Luke, Evan, Will, James, Ryan, Tanuj, Jake, Harry Styles (aka Jack), Matthew, and even Kamal himself. While alone, these are just names, together, they are Headache.