Noah Spiner also known as "Captain Ginger","Spinerwinner" is single handedly one of the greatest ginger TA's there will ever be. He is a micro-controller LEGEND, has a great taste in memes, and is the TA for Applications, Algorithms, Computers: Modern Programming Term 1 & 2.

Mr. Spiner is a TiPster favorite because of his ability to allow us to have fun and play games while simultaneously completing assignments as well as teaching us. A common phrase stated by TiPsters is "Noah!" (In an attention grabbing tone). This phrase in this enunciation indicates that you have received an error an need the help of Captain Ginger in order to fix the issue. On the other hand he permits TiPsters 10 minutes at the end of every hour to do whatever we want (to a limited extent). During this break we attend the vending machine (one TiPster at a time), or play games. The reason for which we call him Captain Ginger/Spinerwinner is that when the class plays a game, he uses these terms as his gamertag.

Noah, the TA for Modern Programming Term 2, is a man of many talents. These abilities are reflected by his various nicknames, including Noaher, Mr. Professor Dude, Super Cool Instructor Dude, and Private-specialist-corporal-sergeant-master sergeant-sergeant major-command sergeant major-warrant officer 1-chief warrant officer 2-chief warrant officer 3-chief warrant officer 4-chief warrant officer 5-lieutenant-captain-major-lieutenant colonel-colonel-brigadier-general- major general-lieutenant general-chief-executive-chieftain-ringleader-director-mayor-boss-dignitary-head-manager-dean-controller-master-superior-headman-ruler-monarch-superintendent-chairman-overseer-premier-sovereign-emperor-numero uno- SIR. During the occasional breaks in class, Noah participated in class-wide games of Bullet Force and Minecraft, valiantly earning his in-game alias "Captain Ginger". According to a poll of 15 anonymous volunteers, Noah is also a cutie. One time while the class was waiting for him at evening study, Noaher kicked through the door leading into the cafeteria with a shout. Noaher also permitted the creation of gold at the lunch table, using a combination of tea, cookies, pepper, and dance.

Noah currently lives in the Miami area and currently (circa 2018) attends Florida International University and majors in Electrical Engineering, but has aspirations in Embedded Computing, Computer Hardware Design, Bio-Engineering, and Analog Electronics. During his free time he enjoys programming Arduinos, Binge-watching Netflix, and hanging out with friends.

In his high school days, Noah had made the conscious choice not to take a world language, like Spanish or French, and decided to take programming. Instead of learning things like,"¿Hola, como estas?", He learned things like print("Hello World!"). It was at that time that Noah had realized what he had wanted to do in life.

Spinerwinner over the years has had various internships over the years. In 2012 - 2016 he was an intern at his college FIU. At his time as an intern he designed a portable, low cost UV-LED based spectrometer, created one-of-a-kind PCBs, reverse engineered a glucose scanner, and designed microchips using the ceramics lab. Once the internship ended, in January of 2016 he had received a job at "Golden Touch Haircuts and Shaves". At this barber shop he was a front desk manager. He greeted and welcomed guests and made sure that each client was assigned to a barber swiftly and efficiently.

During our very quick 10 minute break Noah enjoys playing these games with the TiPsters:

Noah is in Drake's God's Plan music video in the background- he is not visible in the video ;( false -blanket 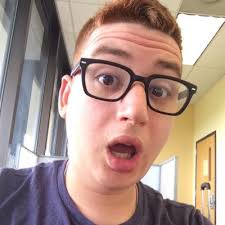 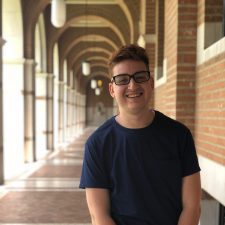