Rohanna, also known as Rohan Sanyal, was the boy who starred in the 2018 Rice University Term 1 TIPsync as Rihanna's "Umbrella". He is known for his pink booty shorts and purple tank top (tied in a Thot Knot) that belonged to Carly McDonald. She has not, to the common knowledge, gotten her clothes back. Edit: She has received her clothes back washed

Rohanna entered the UFO wearing sweatpants and a hoodie. As well as his RC group acting as an entourage, shielding him with umbrellas. Rohanna's RC group TiPsync was headed by RC Chris Myers, and starring Jacob as that random guy who did the rap. It was hilarious to watch and in the making of the Tipsync, many umbrellas were harmed (some broke on stage). Many RCs and TIP staff were very concerned when a hoodie flew off with sweatpants prior to Rohanna's appearance. It is known that his makeup and fake nails was done by Christina's RC group, headed by Carly and Alice, who were both light skinned Asians. Therefore their makeup was the wrong shade. The legendary Rohanna did not know his nails were pressure base and as a result, could not take them off until 2 days later (after dipping each finger in acetone for 30 seconds) 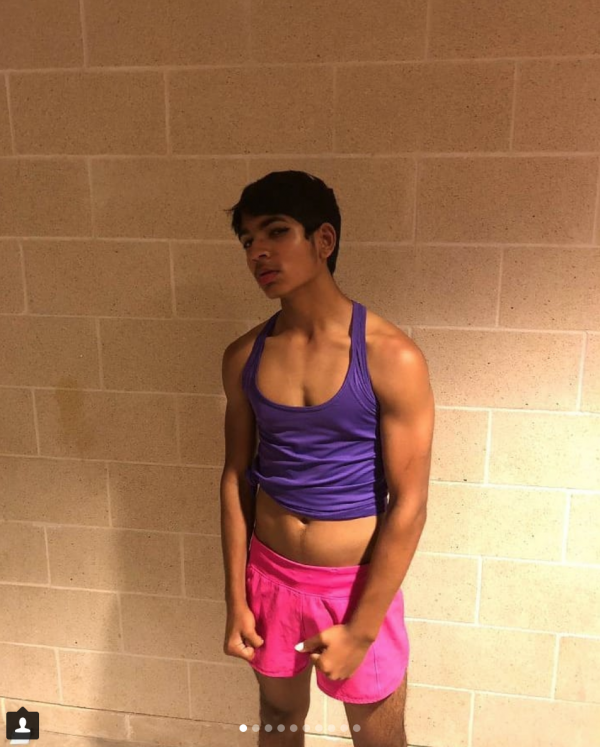