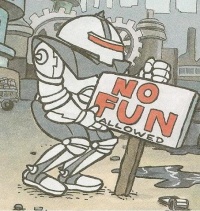 Anyone who went to WFU can tell you that Roman was by far the coolest person they have ever met.

There was a decent amount of research put into his tattoos, seen below.

Roman, your tattoo is from the Latin chant, O Salutaris Hostia. The adapted English version means are foes press hard on every side. This quote can be found in the last two verses of "Eucharistic Hymns", written by St. Thomas Aquinas, who lived from 1225 to 1274. He wrote it because Pope Urban IV, asked him to write a prayer for the institution of the Feast of Corpus Christi, which was in 1264. The prayer is still used in the exposition of the Blessed Sacrament. A similar quite can be found The American Standard Version of the Bible, in 2 Corinthians 4:8, "pressed on every side". The quote and others like this, are about overcoming problems, and about not being afraid to stand up against oppression. As shown in the original poem, where the speaker is praying God, to give him the strength to over come the problems in their homeland. The problem is possibly war, religious persecution, oppression, and other various issues.

-Wright, on one of Roman's tattoos

Okay another bible quote! This one is from Job 7:16 it says roughly, "My days are nothing". This means that, in the context of the story at least, the world view of wanting God to be the answer of why we exist is pointless. This ties into Nietzsche who believes it would be braver to believe that God is dead. When God is dead, death is not to be feared since it represents nothing other than the conclusion of a life. His principals are based off of nihilism. Ultimately there are no rules for human life, no absolute values, no certainties. Truth can only come from an individual disregards everything that is traditionally "important." Only then can they live an authentic and successful human life. Also, autonomy could only mean freedom from all external constraints on life. Nietzsche believes that the ultimate self betrayal is to submit freedom to a fictitious God. He believes that people are afraid to live only use our wills, and we need to create religion to understand why life is so terrible. The underlying meaning of the tattoo is that to look for a reason in why life is so terrible is stupid. In order to really enjoy life is to except that life is terrible and you just have to get over it and go on making each day tolerable. However, life is pretty awesome while it's happening. No one knows why we're here or what we're supposed to be doing but sometimes things can be amazing.

Roman is a god

Yes he is. If you would take a look at him and how awesome he looks, you’ll get my point. Any person who interacts with him in any form or way possible is considered awesome.