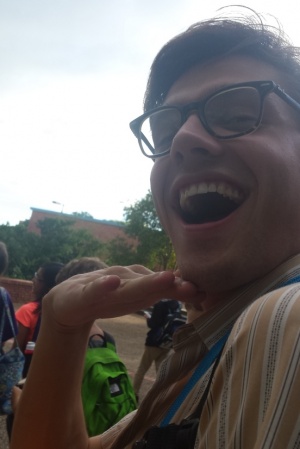 - Taken during the walk back to Prassel, shortly after making a request for a wiki page to one of his students. 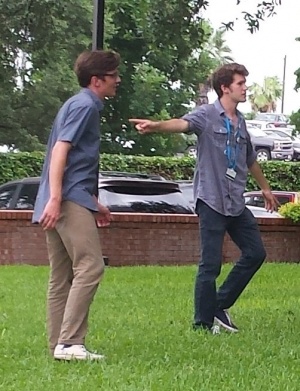 - Taken during break while playing keepaway with a frisbee.

Generally well known within the Tipster population of Trinity University, Ryan Switzer was the Teacher's Assistant for Mock Trial terms one and two. Sporting a plethora of fruits at almost all times, it became tradition for his term one students to bring him apples, oranges, and his all-time favourite- pears; at one point, this was used as a method of bribery to apply the class's inside jokes to their t-shirt design, but was quickly abandoned after Ryan decided to make a compromise. No-one could really ever throw a frisbee or juggle pears like Ryan could, and he was definitely able to pull a variety of accents at only a moment's notice. Ships involving him include Rally (Ryan x Aly), Ryffin (Ryan x Griffin), Rick (Ryan x Nick), and the most recent, Ryancest (Ryan x Himself). However, despite the controversy revolving around these pairings, the only known canon one is (or was) Pyan (Ryan x Pear).

Common inside jokes held by his term one Mock Trial students included:

and one held specifically by team Alamo