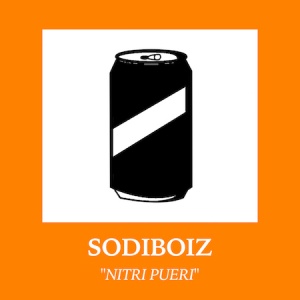 The official logo of the Sodiboiz

Sodiboiz is the only official fraternity of Rice Term 2. A collection of distinguished Tipsters, it is truly unlike any other group on campus. From clandestine rituals to a ubiquitous hand symbol, the Sodiboiz are bound by more than a name.

In terms of when the Sodiboiz were actually known as a fraternity, one could turn to the christening of new members Richard Lee and Chance McGee or even the first utterance of Sodiboiz from Zane Smith while at the soft drink machine with Braden Robinson and Jack Kenney. It is also important to acknowledge Sodiboiz' three founders when discussing its history. The three initial Sodiboiz were Zane Smith, Braden Robinson, and Jack Kenney. Richard Lee and Chance McGee were added in the second week.

Little is known by the public of the rites of the Sodiboiz, however it must be noted that all of them require a carbonated beverage.