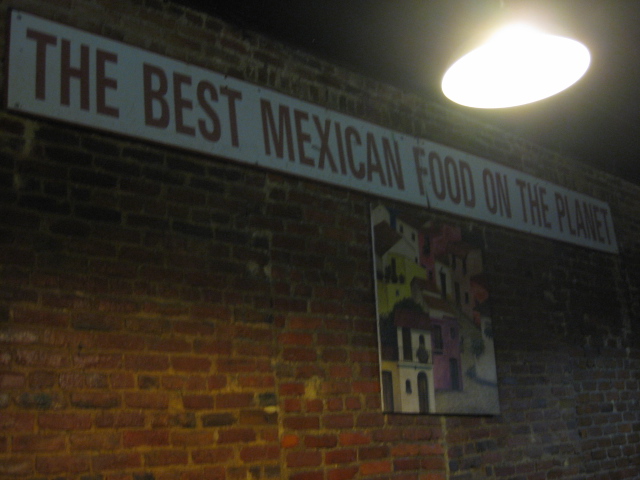 Photo credits to Jason He

Sketchy, cheap, and marvelous, this haven of Mexican food is located up a narrow, well-hidden staircase along the road leading to . Always dependable for a cost-efficient and tasty quesadilla, Cosmic is a restaurant without rival. Not that it particularly matters for the TIPster, but the nostalgic visitor or TIP alumni at Duke should know that it is also open and delicious at the wee hours of the morning. It is fondly known only as Cosmic by TiPsters, and it is home to the dollar quesadilla (cheese, no meat). Cosmic used to have it so that, with tax, it would be exactly a dollar, but they have now raised the price to $1.07 (I think). (Actually, the cost for a plain quesadilla is now $2.47.) A caveat, the bathrooms aren't always operational. Often has a strong smell of marijuana. The food is so cheap that one or two dollars is usually sufficient to appease the average TIPster appetite. This is a bonus for 3rd week RAG nights when TiPsters have already spent most of their money. There is an outdoor patio which offers no real view, but more room. Another good thing about the outdoor patio is that it faces a small alleyway where a couple of cars are parked and across from it is a window with a good-sized ledge. This means you can play Ice Fight and try to score points by hitting ice off of the cars and window. By the end of the night, people will try to put ice down your shirt.