Roman Ruiz was a third year fourth year, known primarily because of the dinosaur onesie he wore to Roll Call (TIP Sync!!!). A member of the Fourth Year Star Squad, he maintained friendly relations with the other fourth years. He was also an apprentice to Ben morales-knight in the art of memes. One of his memes of his RC, Holden, later appeared as the only picture on his RC group page in the Term Book. He once locked Jack Falstad (AKA Peter Pan) in Jack's own closet. His last year took place during Term 1 at Rice University in 2016. He was a member of the frat Delta Psi. 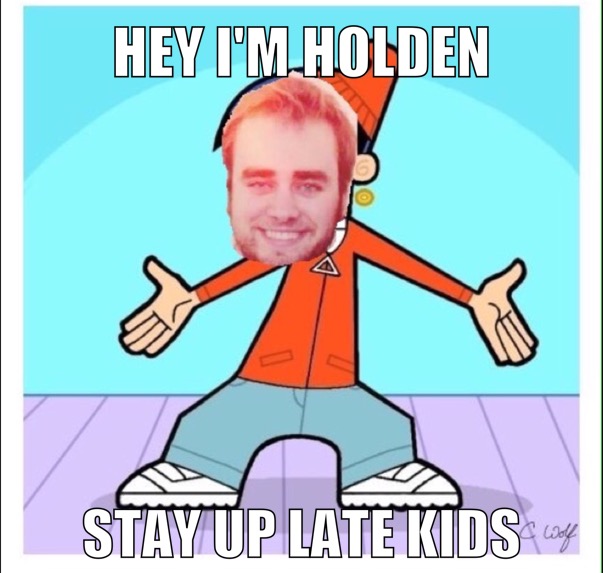 This is the famous Holden meme that appeared in the Rice Term 1 2016 Term Book.