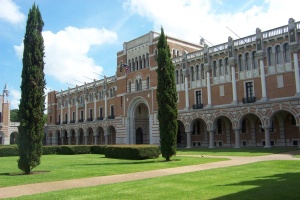 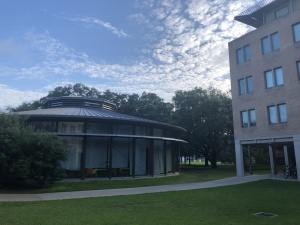 In 2014 Rice University became a TiP Campus replacing Texas A&M as the Texas Campus due to the sad demolition of Moses hall. (However, it was later decided to be renovated and will start accepting co-ed students for the first time in fall 2015.) Tipsters stayed in the Brown College Dorms and eat in the Brown Commons. Dances were held in the Lovett College Commons in the 2014 TiP term. Classes were held in various classrooms around campus.

In 2015, the dorms used were the Sid Richardson dorms on the south end of campus. There, TiPsters ate in the servery downstairs for weekday breakfast and lunch, and in the nearby South Servery for dinner and weekend meals. Dances were held in the servery, with the fourth years moving the chairs and tables in the most-dreaded "4th Year Privilege".

In 2016, TIPsters stayed in Jones College dorms to the despair of many (the dorms were extremely confusing). Breakfast and lunch were served at West with great food, and dinner was held in Jones Commons. Classes were in various places on the Rice Campus.

Beginning in 2017, TIPsters have stayed in the McMurtry College dorms, which look like nice prisons. Meals are served in the North Servery. The dances are held in the Spaceship. Classes are in various places around the campus.

In 1911 the cornerstone was laid for the Institute's first building, the Administration Building, now known as Lovett Hall in honor of the founding president. On September 23, 1912, the anniversary of William Marsh Rice's murder, the William Marsh Rice Institute for the Advancement of Letters, Science, and Art began course work. 48 male and 29 female students were enrolled, paying no tuition, with classes taught by a dozen faculty. Unusually for the time, Rice accepted coeducational admissions. Administration Building, Rice Institute, Houston, Texas (postcard, circa 1912-1924)

Three weeks after opening, a spectacular international academic festival was held in celebration, bringing Rice to the attention of the entire academic world. Four years later, at the first commencement ceremony, 35 bachelor's degrees and one master's degree were awarded. That year, the student body voted to adopt the Honor System, which still exists today. The first doctorate was conferred in 1918.

During World War II, Rice Institute was one of 131 colleges and universities nationally that took part in the V-12 Navy College Training Program which offered students a path to a Navy commission.

In 1959, the Rice Institute Computer went online. 1960 saw Rice Institute formally renamed William Marsh Rice University. Rice acted as a temporary intermediary in the transfer of land between Humble Oil and Refining Company and NASA,for the creation of NASA's Manned Spacecraft Center (now called Johnson Space Center) in 1962. President John F. Kennedy then made a speech at Rice Stadium reiterating that the United States intended to reach the moon before the end of the decade of the 1960s, and "to become the world's leading space-faring nation". The relationship of NASA with Rice University and the city of Houston has remained strong to the present day.

The original charter of Rice Institute dictated that the university admit and educate, tuition-free, "the white inhabitants of Houston, and the state of Texas". In 1963, the governing board of Rice University filed a lawsuit to allow the university to modify its charter to admit students of all races and to charge tuition. In 1964, Rice officially amended the university charter to desegregate its graduate and undergraduate divisions.The Trustees of Rice University prevailed in a lawsuit to void the racial language in the trust in 1966. Rice began charging tuition for the first time in 1965. In the same year, Rice launched a $33 million ($244 million) development campaign. $43 million ($258 million) was raised by its conclusion in 1970. In 1974, two new schools were founded at Rice, the Jesse H. Jones Graduate School of Management and the Shepherd School of Music. The Brown Foundation Challenge, a fund-raising program designed to encourage annual gifts, was launched in 1976 and ended in 1996 having raised $185 million ($275 million). The Rice School of Social Sciences was founded in 1979.

On-campus housing was exclusively for men for the first forty years. Jones College was the first women's residence on the Rice campus, followed by Brown College. According to legend, the women's colleges were purposefully situated at the opposite end of campus from the existing men's colleges as a way of preserving campus propriety, which was greatly valued by Edgar Odell Lovett, who did not even allow benches to be installed on campus, fearing that they "might lead to co-fraternization of the sexes". The path linking the north colleges to the center of campus was given the tongue-in-cheek name of "Virgin's Walk"r. Individual colleges became coeducational between 1973 and 1987, with the single-sex floors of colleges that had them becoming co-ed by 2006. By then, several new residential colleges had been built on campus to handle the university's growth, including Lovett College, Sid Richardson College, and Martel. In 2014 Rice University became the replacement campus for the totally awesome and rad Texas A&M Tipsters who were wrongfully removed from Texas A&M :(

In 2017 Rice became a center campus instead of academy.

The Rice Term 2 YouTube page was created by Paulina Borowski. Also, a couple of other Rice videos can be found here.

TiP-bola is the horrible disease that ravaged all the Term 2 TiPsters at Rice University. At least half the camp was infected at one point or another. It was the worst during week two. Symptoms included runny noses, fever, sore throat, and headaches. Treatment includes generic medicine or quarantine.

// it should be known that this song is a TAMU tradition, and is optional for 2016 traditions

Everyone: Ice cold! Everyone:*continues to talk*