Zach being Zech in Neuropsych 2016 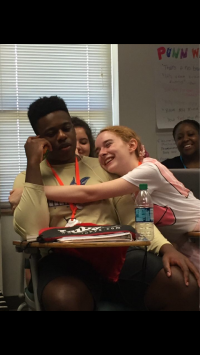 Zach with Mika in Neuropsych 2016 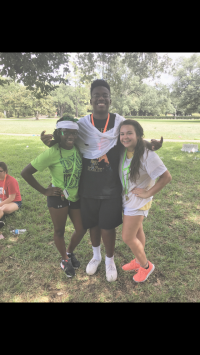 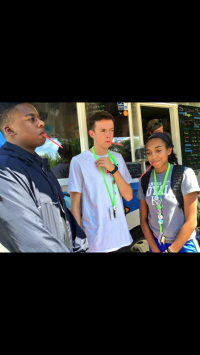 Zach started his TiP career at ASU in 2013 as a 1st year. His class had theater performances every Friday, where he performed smash hits such as his well known orange juice monologue. His daily activities at ASU mainly consisted of playing ERS with the entire campus. He participated in the Super Smash Bros Melee tournament that eventually dominated by an RC. His TiP career continued at Austin College in 2014, which was was his second choice campus, following behind UGA. His class was well-known for their daily chant,"SOUND AND LIGHT, THE PHYSICS OF WAVES". He also participated in the talent show at Austin. His acts included a dramatic reading of the song "Rude" by Magic! and an original stand up comedy act. There were rumors of a possible relationtip with a 1st year named Kate(if she's reading this, hit Zach up(his instagram is @zechashh). After a bad game of telephone, Zach ended up confused of where he stood with her. His heart was broken when he was wait listed for his third year, a list of which he never got off of. Zach's heart was amended when he got to go to Rice Term 2 2016 to finish out his TiP years. His fourth year was his most memorable year. His neuropsych class was the bomb.com. He made produced many puns, which were recorded on the class "pun wall"(he got to take it home, it is currently hanging on his bedroom wall). His vocabulary mainly consisted of the word "sure", which became a notable trait of his. He also was an MC for the term Talent Show, along with Diamond Warren-Tucker and Fox Walker. He performed an act with Vincent(the almighty savage), Leo, Thomas, Angel, Ian, and Brandon (a bunch of 4th year boys) called "Row Your Boat", which he considers the "best performance of my life". It consisted of all the boys sitting in chairs facing the same direction and "rowing" an imaginary boat in complete silence. The audience became very confused. He also performed a stand up comedy act, in which he asked his relationtip to the last dance in front of the entire audience. Lily said yes, and the audience applauded with joy for the lovely couple. And that's when they got married. HAHA JK. Anyway, Zily (Zach and Lily) and Zonut (Zach and a donut from Hootfest) were his relationships from his fourth year. His TiP years were overall bittersweet. Hit Zach up on his Instagram(@zechashh) and Twitter(@zachashh_).