The Country Of Mingo

Mingo is a beautiful country located 'up there'. Everything there is any other form of triangle. There are even basketballs in the shape of triangular pyramids.The President of Mingo is Isabelle Milford. The Secretary is Mary, and the Vice President is Sara Whitman. Mingo is also represented by the 3 primary colors, red, blue, and yellow. In fact, on August 14th you're supposed to wear primary colors to represent Mingo's heritage. Another thing Mingo is represented by is a hand symbol. The hand symbol is a triangle made by the your thumbs and index fingers touching. Your other fingers then spread out. If they are not spread out, then you're representing the Illuminati and we do not stand for that. That can be covered more in the controversies section.

They all love Mingo with all their hearts. A big controversy that's faced Mingo since it was created has been Nepal. Nepal stole our flag, but Mingicans being the nice people they are, decided to sign a peace treaty with Nepal. The peace treaty stated that at the bottom of Nepal's flag they must state that they stole it from our Mingo. If you look close enough you can see it. Another big controversy in the Mingican society are magicians. People often mistake Mingicans for magicians, because of the extremely powerful magical properties most Mingicans possess. No Mingo citizen is a magician, they are wizards. There's a big difference between magicians and wizards. The Mingo hand symbol has also caused some controversy. The symbol is fine as long as you get it right, and your fingers are spread. If your fingers aren't spread then you're representing the Illuminati, and you'll get a fine. We don't stand for the Illuminati. We stand for Mingo. Not the Illuminati. 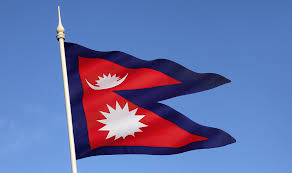 Copy and paste the following message box into your tipster page/rc group page if your your group is a citizen of Mingo.