Sara Whitman was a student enrolled with the DukeTiP program from 2016-2018. She attended Austin College as a first year (2016) 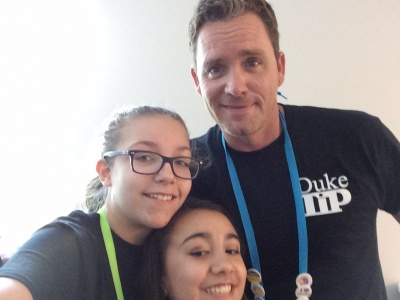 Sara and Isabelle During Their First Year at TiP with Teacher, Brian
Rollins her second (2017), and UGA her third year (2018). She is located in Hopkinsville, KY and is a proud mother of several cats. Sara prides herself on being an avid writer and loves to play the ukulele and do musical theater.

Thank you to DukeTiP for the best 9 weeks of my entire life. You gave me so many opportunities and taught me so many lessons. I made friends for life and memories I will never forget. I wish I could have worn an orange lanyard, but even without it, I could not be the person I am today had I not worn that green shoelace. And to my Rollins' College roommates, you two are still the best people ever despite everything.

Sara Whitman attended Austin College as a first year with the program during its first term. She was placed in the Creative Writing course with Brian as the teacher and Kristin as the TA. Sara was known as Austin College's infamous "Taco Bell Girl" due to the fact that on the way to the campus from the airport, she lost her phone at a Taco Bell which later mailed her phone to her during the term's second week. She was placed in Danielle's Donuts. That year, Sara performed an excruciatingly bad cover of Lost Boy by Ruth B. at the Talent Show when she performed first. Sara's roommate was Esther Kwon. Sara Whitman and several other TiPsters created , a religion that revolves around a murderous clown created by the students in Creative Writing. Hobokin was an accidental creation when Lillian Soule notably created him in a comedy prompt she wrote during the first week of camp. Sara was unarguably a very friendly TiPster as she was notorious for being included in three different cliques: The Emos, Asian Sensations, and extremely popular and basic girls. She is known for the quote "my eyelashes are so long because I keep my secrets there" when asked why her eyelashes were so long by former TiPster, Tom who at the time went by the name Connor. During this year Sara and Isabelle Milford purchase two stuffed animal sharks while on a field trip with their class. They named the sharks Rin and Neil who later got married the following year at Rollins. Sara also had a crush on some kid named Rex, but we don't talk about him... ever.

During her second year with TiP, Sara went to Rollins with the Summer Studies program. Prior to when she attended Term 1, Sara became internet best friends with Mary Elizabeth Rudd. The two met during the first day of TiP where they became roommates and during the few months before Term 1 had formed a trio called the D Detectives with Mary and Isabelle Milford. Sara could be seen in her RCG's common room having a jam session on instruments with friends. Also, she often played with Sander and her RCG. Halfway through the term, a second roomate was placed with Mary and Sara named Alyssa. During the time Sara spent at Rollins, Sara was enrolled in Psychology where she met Sander. The two became close friends and eventually evolved into a RelationTiP formally called Sarander. 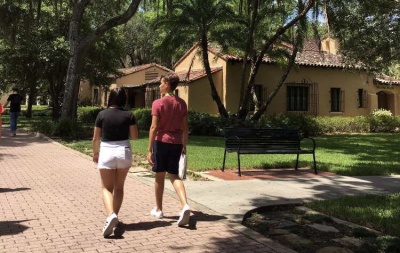 sara and sander rollins term 1 2017
Undeniably, the couple was crowned as the campus' favorite couple. The two were often seen together in common rooms and walked to class holding hands and chatting with each other. At TiPSync Sara and Mary Elizabeth Rudd took on the roles of Tracy (Sara) and Link (Mary) for their RC group (Kelly's Jelly Bellies) revival of "You Can't Stop the Beat" from Hairspray. The group, which is totaLLY UNFAIR, sadly took home 3rd place although they deserved 1st place. Later that term, Sara performed Hallelujah on the ukulele while also singing at DukeTiP's annual Talent Show. Mary Elizabeth Rudd was her personal mic stand as there were none present. Sara and Mary were often spotted with daughter, Jessica, as a family. Sara took role as the mother of Jessica while Mary was the father. Sara is known for screaming"HHHEEESSSIIIICCCAAAA" at the top of her lungs when addressing her daughter. 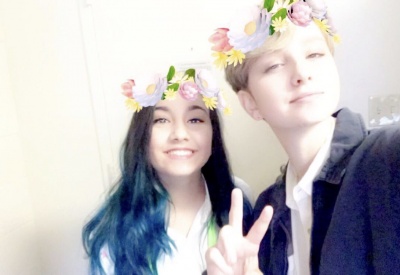 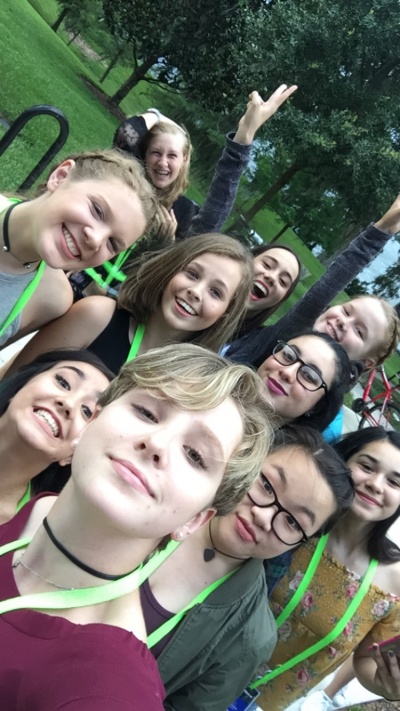 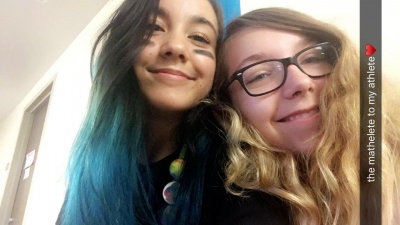 For her third (and final) year with TiP, Sara made the soon to be awful choice of attending UGA. Sara was enrolled in the Brain, Intelligence, and Creativity class with whom she made best friends with Jack Shrews, Mia Gambino, old friend Lilly Barr, London, Ella and Olivia who was her classmate 2 years in a row. Sara was undoubtedly one of Neil's favorite kids due to her dgaf attitude. At the beginning of the term Sara was a vegan but Jack Shrews ate alfredo in front of her every day and broke her which made her convert to vegetarianism. Sara and her best friend Rita were part of Qamerons Quey Qutters (Cameron's Cacti). She roomed with soon to be Grandmaster Alexa. While this term was definitely not her favorite, Sara managed to make good memories at UGA. One of Sara's most memorable moments of the term was being trapped in prison, aka main office, until three in the morning with Jack while they contemplated their existences with Kathleen. Twas fun if you enjoy teaching RCs how to make finstas and private stories. The best day EVER was when Sara avenged Kelly's Jelly Bellies 2017 loss at Rollins TiPsync by winning TiPsync at UGA with a groundbreaking rendition of "Status Quo" from High School Musical. Sara and her stuntwoman, Sarah, were literally the best. With the help of Aubrey and Rita, Sara was able to choreograph the the award-winning performance. Very well deserved 11/10. After failing to reunite with another TiPster , Sara asked Jack to TiP Prom with a cute poster. They sl*t-dropped the night of the way at prom and danced with their friends. Sara and Rita also performed "She Used to Be Mine". 2018 was Sara's last year at TiP due to undisclosed circumstances.