The Day It Rained

This is the story of the day it rained at Georgia Tech Term II 2014.

On July 20, a pleasant Sunday afternoon, everybody walked down to the auditorium place where we finished the Lego Movie (the sound had stopped working when we attempted to watch it the previous weekend). Then we watched Toy Story 3. When both of these were over, our OSD Carson ascended the stage and announced that it had begun pouring 30 seconds before. So everyone walked back in a downpour. 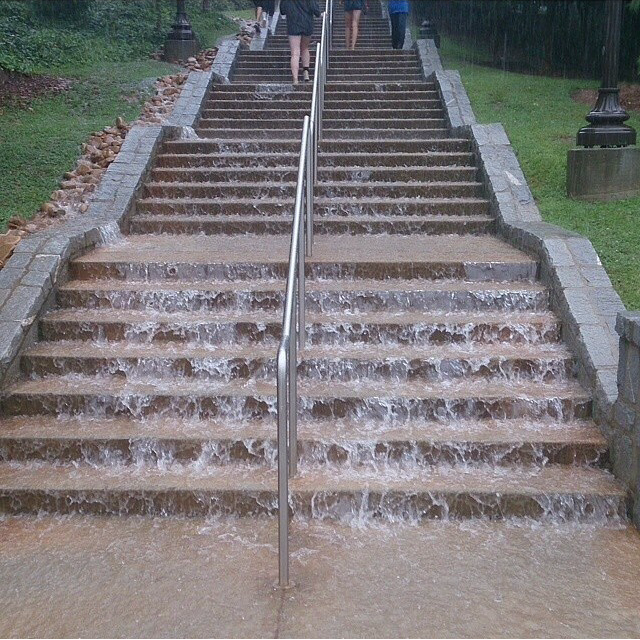 As soon as TIPsters began arriving back at the dorms, there was a mad rush for showers comparable to the Bloodbath in the Hunger Games.

Following this, many got into the habit of taking umbrellas wherever they went.