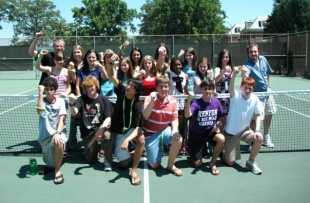 Revolution and Terror, as it was commonly known, is formally listed as "Revolution and Terror: Controversial Politics." It was formerly known simply as Controversial Politics, but for some reason they changed the name. It is an awesome class offered at East. Since 2005 it has been taught by Andrew Sparling. The TA for terms I and II 2007 and 2008 is Will Harris. In 2012, and apparently in years previous, Eric Oakley has taught the course, and his T.A. in 2012 Term 1 was Matt Cole. (To whom a shrine has been erected in the back of the class).

Some common events include:

notes that the picture is not of the class He was in. Change it immediately or risk devine retribution!