Anna was a first-year fourth year at LSU Term 2 2019. Though she was only there for a brief time, she contributed (not) much to society. Though she began her TIP career nearly silent and barely talking to anyone, by the end, she had metamorphosed into a ballsier, cooler version of herself, who cussed, quoted vines, made people laugh, and successfully landed a platonic date with Theo Ward to TIP Prom. Hopefully, this version of Anna will someday resurface once more. 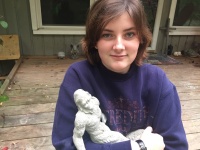 Anna, her new hair, and her son. 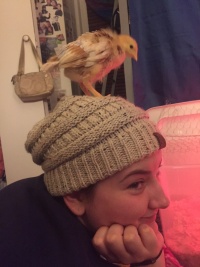 As of August 22, 2020 GUESS WHO'S BACK BITCHES! That's right, Anna Windsor is an AMERICAN SOLDIER BITCHES! Her epic adventures this summer included the following: 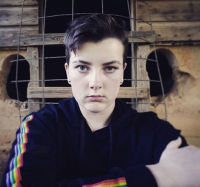 Anna stares deep into your eyes.