Cold War: From Allies to Adversaries

The Cold War: From Allies to Adversaries was a maiden class taught by Nacona Nix and Elizabeth (Matisse) Murray at Rice Term II, 2014.
The class covers the Cold War (1945-1991) and its effects on the world, including its various proxy wars like Vietnam and the Korean War, the nuclear arms race, the Berlin Wall, détente, and the fall of the Soviet Union in 1991. 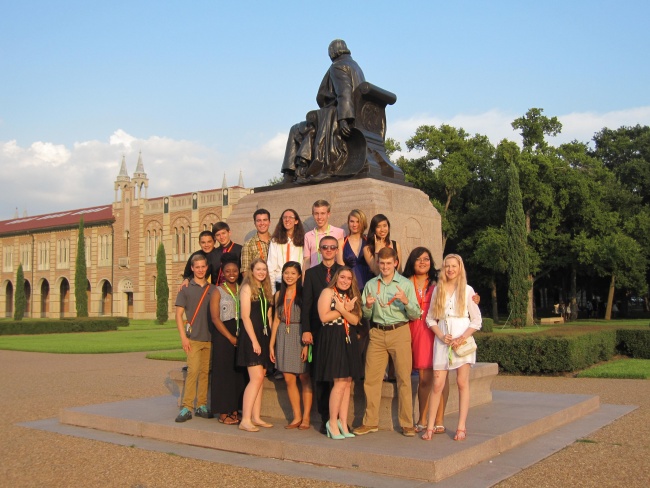 Group photo of the class behind the statue of William Marsh Rice in the Quad, taken before the Final Dance.

The class is as follows:

Midway through Week 1 of the term, the cold war between the Cold War class and the the Modern Medicine: Disease and Immunology class turned hot when the Modern Med class left two fetal pigs on the desk in the Cold War room. Cold War graciously returned the pigs, saying "We do not accept these capitalist pigs!" The feud went on through the rest of term with the occupation of classes and writing on chalkboards.

This class of people are partially responsible for The Talking Cup, Cold War and Modern Med Feud, The Fence, and for saying "'Murica!"

Famous Class Quotes and Inside Jokes: