The Great Game of 2013 was a Diplomacy game played in the American Foreign Policy Class of UGA term 2 2013. It was considered the best of its time and gave birth to prominent leaders. Russia was ruled by a trio of czars who were Shiv Daftari, Alex Coughlin, and Zander Brotherton. Turkey was ruled by Sultanas Jasmine Hawkins and Hannah Hale. Austria was ruled by Joey Dierkes and Jim Borgerding. The UK was a monarchy under Neil Goodman and with advisors Henry Yeary and Rebecca "Duckie" Griebno. Italy was under a fierce dictatorship of Alex Coopersmith and Enrique Perez. France was ruled communist style with Richard Jung, Catherine Sugg, and Shreya Mukund. Last but not least, Germany was ruled by Trevor Jones, Theodore "Teddy" Todaro, and Audrey Ewing.

The game started off with a Russo-Turkish Agreement (the first of its kind) where a mutual defense pact was made. Hannah and Shiv, being close friends, immediately set off to deal with the rest of the empires. The UK was having its problems when France and Germany made a pact vowing to defeat the UK. Italy made a bone-headed move under Coopersmith and declared an all-out war between Italy and Turkey. According to the treaty, Russia declared war on Italy a season later. Austria was caught in the middle and lost the Balkan Peninsula to Turkey and Budapest to Russia. Russia later claimed Sweden leading to tensions with the UK who wanted Norway, which the Russians helped Germany capture. In an attempt to pacify the 2 Great Powers (Russia and Turkey), Joey decided to become a vassal state under the two leading to the Trinity (Russia, Turkey and Austria). France made gains in Holland while giving Belgium to Germany. The Italians blockaded the Mediterranean hoping to ease the attacks by Turkey and Austria.

The game changer came when a deal was signed between Russia and Germany to attack the UK. Instead the Germans took Sweden from the Russians as an act of betrayal. To make matters worse, Austria was talking with Germany to back-stab the Turkish forces. However what they didn't realize was the Russia and Turkey were already talking about wiping Austria off the map. The Russians helped the now newly inducted Trinity member of the UK to take Norway and soon took Sweden back. The Russians later took Munich with the help of the French (who decided to back-stab Germany) and Turkish forces. By this time Austria was only in possession of Budapest which they had to take from the Russian in order to survive in which the profusely apologized. In a stroke of brilliance Czar Coughlin acted like Russia had nothing to do with the betrayal. Because of the threat of TIP ending, Italy, Germany, France, and Austria tried to do a joint win, but alas only having 16 of the required 18 supply center winning rules. The Trinity 2.0 (Russia, Turkey, and the UK) had 19 supply centers and opted for a joint win. Coopersmith was mad that he lost and still refuses to acknowledge his new masters, especially his former relationtip... Hannah. 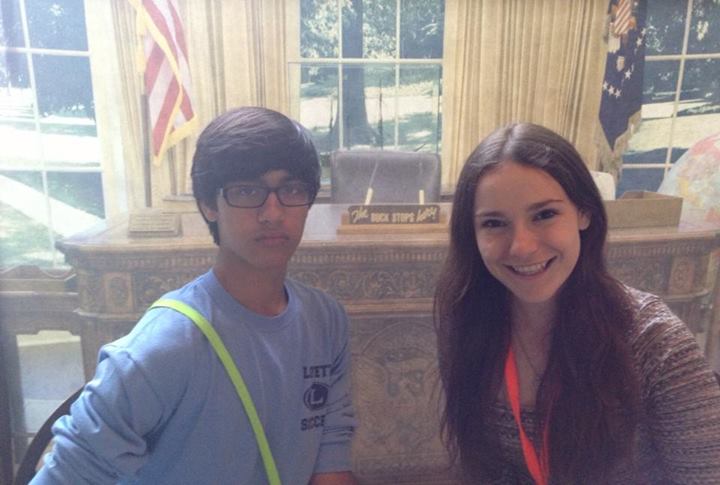 Czar Shiv and Sultana Hannah during a diplomatic marriage.