Jordan Robinson is an RC at East Campus, who started in 2011. However, he survived three years without a TiPwiki article. The 2014 Duke University East Campus 1st Term TIP RAG, of the 2nd Floor of Pegram, of Jordan Robinson, decided to change that.This TiPwiki page is open to anyone of a Rag under Jordan for editing! 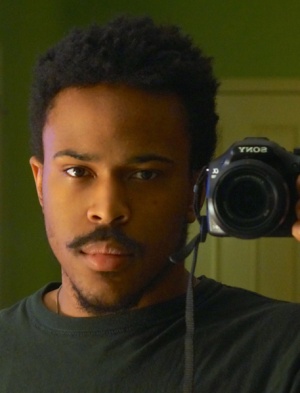 "Originally from New Rochelle, New York, I moved down to North Carolina since I was two years old and grew up in both Greensboro and Charlotte. As far as I could remember, according to my parents, I have always been into the fine arts and I have been drawing, playing music or occasionally acting ever since I was 3 years old. I became more serious about it in the later years of my childhood and began to do more drawings in my spare time. In 2004 I moved from Greensboro to Charlotte due to my dad's job and I began to draw even more. I continued to progress in my art and participated in band. I played the Clarinet, Bass Clarinet, and the Alto Sax. In high school, I joined the marching band, jazz band, and wind ensemble. I also became more serious in my work and now I am a student at North Carolina Agricultural and Technical State University as a visual arts major with a concentration in Media design. I plan to become an Illustrator and an Animator. I plan to positively influence the younger generations to living by higher morals."

In East Term I 2014, Adrian Scheibler sat down with Jordan for an interview. Here is what he learned:

The information below was collected by Jordan's Term 2 2014 RAG. The collection of information was bulkheaded by Carl Wolff, Jesse Zhang, and Alex Eldridge who convened at the Wikipedia Editathon hosted by instructor Jeff.