Microeconomics is one of the longest-standing Duke TiP classes, which is taught at Duke East campus by Dr. Kane. Yes, by one man. Dr. Kane has been teaching Microeconomics, in addition to its big brother course Macroeconomics, for 33 years. 33 years out of the 40 years TiP has existed (34 if you include the year without tip in which he would have taught). Microeconomics (shortened Microecon or just Micro) is one of the more serious and legitimate classes, and with enough attention span, one can score a 4 or a 5 on the respective AP exam. Topics such as supply and demand, price elasticity PPFs, unions, wages, MC, MB, utils, ATC, AVC, and many more graphs which will make your head explode are discussed.

A TIPical day in Micro.

The course normally goes as such: Reading a chapter out of the econ book (remember guys, read ALL the words with vowels in them), Dr. Kane explaining the chapter through words, graphs, very serious news reports from the Onion, jokes, some lowkey shade about Trump, and a break. A continuation of the chapter or starting of a new chapter follows after the break. Repeat after lunch. Evening session with the TA is usually a review and explanation session where the TA will explain and clarify the material you didn't understand. Quizzes can pop up, but not in the sense of pop quizzes. Whenever Dr. Kane deems you have learned enough to suffer, a quiz will occur and will take up the entire morning/afternoon session. Tests usually occur on the first two Saturdays, with the TUCE (Test of Understanding in College Economics) usually occurring on the last Wednesday, followed by Dr. Kane's final, which occurs on the last Thursday. Every term there are debates over economic issues, which take place on the last Friday, and preparation for such debates usually entails going over to West (hisssss) for the afternoon sessions of the last Monday and Wednesday. Starting in 2012, students have had the option of doing a video presentation, a video debate, a song, or an interpretive dance instead of a debate as the final project. Most students pick the video.

Dr. Kane, as a way of incentivizing his class and thus internalizing the negative externalities of off-task TiPsters, offers a reward of one pint of ice cream to everyone in the class if:

1. Over half the class scores above the median on a test or quiz.

Such a delicacy is rare and infrequent, given the nature of Dr. Kane's tests.

In Dr. Kane's East Term 2 2012 Microeconomics class, two students scored a 100 on the first test. The entire micro class got ice cream for the first time since 1996.

During Dr. Kane's East Term 2 2016 class, a student (Chris) received ice cream for an imperfect score because he missed the question that "if this was the only one you missed" you get ice cream.

Additionally during this term the students, organized by Sean, all bought themselves ice cream from the campus store and ate it in class on the last day of the term.

In term 1 of 2017, on the TUCE, two students (Ben and Gavin) both got 100's by luck of the TIP gods (Ben literally guessed on five questions by spinning a six sided top) and the whole class got ice cream.

Dr. Kane's tests are horrible concoctions designed to make any TiPster cry, which is quite an accomplishment since TiPsters are the top quarter of the top one percent. The tests and quizzes are that bad. The paper will set your retinas on fire and cause your bowels to hemorrhage upon even looking at the paper, which as Dr. Kane describes, is no harder than any other paper and that the test is the standard length: 8.5 x 11". Some of the tests also contain economically challenging content, such as the abuse and disposal of cats. Because of the horrific nature of the tests, Micro is truly the most dismal of the sciences and the most dismal of the TiP classes. Dismality, though, can be quite enjoyable and can be summed up with the following phrase by Gandalf the Grey: "You shall not pass". In all honesty, though, Micro is a fulfilling and amazing class full of both regular and economic humor, as well as "learning" and "education". It's obvious that Micro is amazing since people continue to consume the class, which means MB>MC and that the MB of the class, which includes the econ jokes, the learning, and the RICHARD GILL, outweighs the minor disutility the class gives you. Also, don't study for the tests. As Tom the TA said, you're only at TiP for three weeks, and you're only a second/third/fourth year once. Don't waste that time studying. Just pay attention in class and you'll do fine. You can study when you're out of TiP.

This being the first day, a lot of the information that will be given is about what the course will be like and how it differs from Macroeconomics. You will be given a textbook (as of 2016 it is "MICROECONOMICS, by Karlan / Morduch" and touch on some principles of Microeconomics. There is no test assessing your current knowledge of economics, however Dr. Kane does talk about test and quizzes and the "Ice Cream Reward", which can be found above.

For the first time in 2017, two people (Ben and George) got 100's. Ben guessed his way to victory by spinning a top, which was hence named the Post Top Ergo Proptor Top. 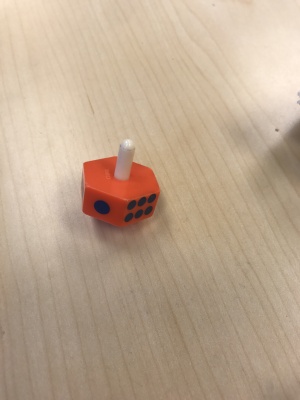 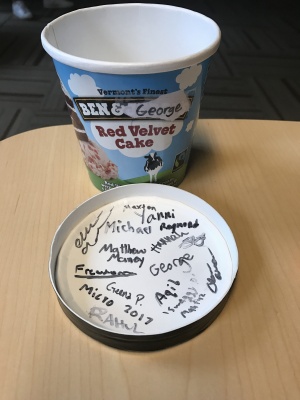 Micro 2019 was one of the worst-performing classes of the history of Microeconomics, according to the wise words of Dr. John Kane. Our test and quiz scores were generally one to two standard deviations lower than previous years. However, as a class they managed to procure one of the highest class averages on the TUCE exam, with 12/18 students scoring in the 99th percentile of college students, with one student achieving a perfect score.