Chris' Trap Crew, or CTC, was the legendary RC Group of Chris Woodard's second and third year boys of Term 2, 2013 at UGA.

One walk to dinner, on a warm summer's evening, member James was playing trap music on his phone. This led to the tradition of all members of CTC to perform a dance move called "Trapping" which involved pumping both arms in front of one's face. Trapping spread quickly, mostly likely due to the group's TIPSync performance.

CTC trapped every night on the way to dinner, except when Chris was absent, to this song: http://www.youtube.com/watch?v=zRgzDsDjD7A

Members of CTC (Paired by Roommate) 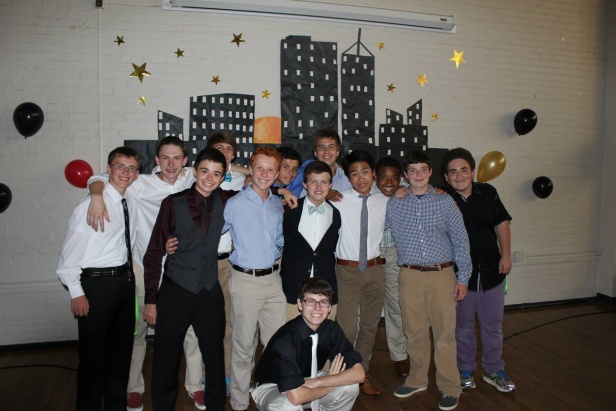 Chris was the RC of this swagtastic group of second and third years at UGA. When Chris was not around to walk the boys to Dinner, the Crew had to walk in silence, as they silently plotted against other RCs who refused to let the trapping shine (as it was not cell-phone hours). Chris was known for his fantastic Ballad, his flirtatious footie-pajamas, and his Turkey Hat.

Neil took American Foreign Policy his third year at TIP. Originally coming from UGA Term 1, he decided he enjoyed Term 2 better and will come back next year to pass down the Barbuto Frisbee and the Glass (otherwise known as half-glasses). Neil prides himself on his paleness and juggling talents (yes his paleness is a talent too).

This was Tyland's third year at UGA, with his first being at Kansas and second at UGA. He showed off his impressive frisbee skills leading Yellow team to victory in the Ultimate Frisbee Tournament. Because he practiced Frisbee during free time, he did not participate in the TIPsync competition. Tyland's Ultimate skills led to Michael Xu passing down his frisbee to him, creating the Xu Frisbee. He took Criminal Law and Mock Trial.

Guys, I just wanted to say that spending three weeks together with you guys, was one of the best things that I have ever done. Although I may not have said much, or that I may have not hung out with you guys a lot during our free time, I still think of every one of you guys as my brother. You were all great, and I wish to see you all next year. I hope all of us are on the same team next year for Dawgfest, so we may win the Frisbee tournament once again. - Tyland

Jack was a second year, and managed to cause quite a bit of trouble this year while taking Sports Med. He is also known for maintaining his Water Balloon Toss winning streak during dawgfest as well as his terribly ugly (yet legendary) yellow shirt bought at Wal-Mart.

Connor is the brother of Chris Buehler and was known as one of the nicest and most sincere 2nd years at UGA. He took Criminal Law and Mock Trial and co-choreographed CTC's TIPSync performance.

Teddy is one the nicest people around, and though he was quite shy for being a first year second year, he managed to show himself in American Foreign Policy.

Thomas is known for being a freaking terrorist, breaking an exit sign on the second floor, tickling prom dates, and missing Kobe.

Jackson is a third year who absolutely loathed Inspired Writer. One of the stories he wrote led to him and his roommate receiving early bedtime. He is also known for his extreme intensity after winning Dragon Tag during his third year and ripping a member of the blue team's shorts while doing so.

Xander, real name Alexander, was infamous for his ballads and flirting with the cheerleaders, which led to multiple times of early bedtime. He is also credited for many obscene charades gestures such as "rubbing the lamp" and "sounds like: egret", which then became commonplace among CTC members.

Joey led CTC to TIPSync victory in their mashup called "Can't Hold the Circle of Life", loved his American Foreign Policy, and helped create Fort CTC. The fourth year hat was passed down to him as he looks to keep the TiP Tradition alive.

Daniel, aka Beanie, took Philosophy of Knowledge and was passed down the Bora frisbee.

James' music pretty much created the trap crew, and many of us wonder: Why is James crying?

Jacob was a third year third year and took Criminal Law and Mock Trial. He could be found in his room strumming his guitar when not with his friends. He is also known for buying pretty much all of TIP pizza on the last night.

Andrew was the lone wolf, as he had no roommate. He however enjoyed his Brain class and was the unsung starter of many trends, such as swiggity swag. His room was headquarters for CTC, and created Fort CTC by pushing his beds together.

Thought to be a downside, but turned out to be Yellow team's greatest advantage was the fact CTC was the only guy group on the team. They were by far the best dressed team for Ultimate, as they wore their now infamous Batman brotanks, along with yellow shorts. Tyland led the team with the assist of everyone else to an intense two games, ending with Yellow team as champions of Ultimate Frisbee. During one play of the game between Yellow and Red, Andrew was running along the right sideline. This is when he and Tyland had a brief connection where they both knew what they had to do. Tyland immediately threw as he calls it "his best throw ever" down the right side of the field. The only problem with this throw is that it would end at the other end of the field, so Andrew knew that he had to run his fastest to catch it. Andrew sprinted off after the frisbee, when he had finally caught up with it he was near the endzone and he knew that he had to catch it in the endzone or the throw would have been in vain. So Andrew leaped into the air and dives for the disc. He somersaulted, some people say twice, he caught it and landed and rolled back up onto his feet to find he had scored one of the best points in that game and the whole term. This feat, sadly, was not captured on film. Through a combination of Size, Speed, Natural Talent, and legendary cheers, Big Bird's Bunch wound up victorious. 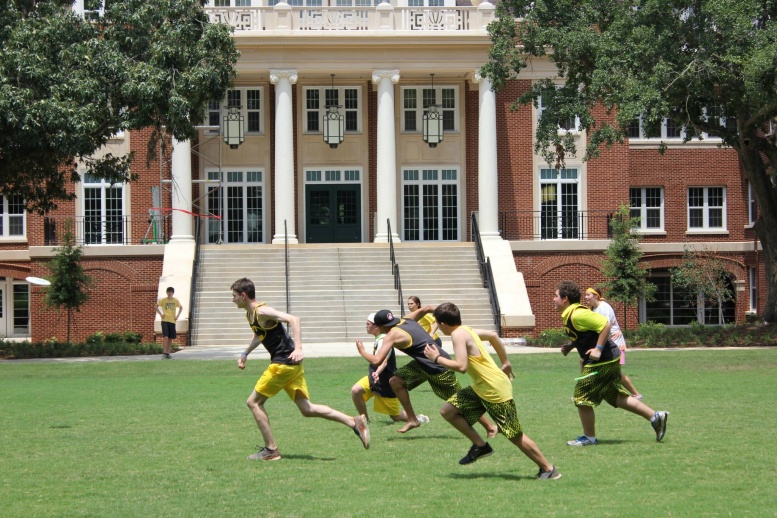 Tyland Duggins making a throwoff in the Ultimate Frisbee game. 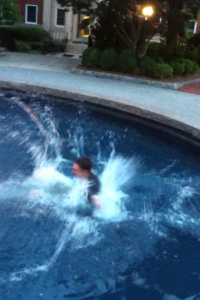 On the night of the last RC group night, CTC member Jacob had the idea of jumping into the Fountain near the Bell. RC Chris had no objections to this as long as he did not get in trouble. As everyone watched, Jacob Lester backed up and braced himself. He ran forward with a cause, jumping and forming a cannonball, and splashing into the pool made by the Fountain. Several people captured this on film.

The Conquest for the Circle Tables

Otherwise known as Andrew's room, Fort CTC was where all the group meetings were held. However, in the beginning of the last week, Andrew and Joey pushed Andrew's beds together; thus Fort CTC was born. It could be known to fit around ten tipsters at a time on its best day.

One of CTC's many album covers, taken on their final group night.
Retrieved from "http://www.tipwiki.net/index.php?title=Chris%27_Trap_Crew&oldid=38725"
Category:
RC Groups