Who is Cole Thompson?

Cole Thompson was, and still is, a pretty average TIPster who spent two summers at Duke West. In 2012, he went to TIP for the very first time at West term 1. He took Electrical Engineering and was in Stephen's RAG, which was also known as the Haroon 5. BEWARE OF THESE MEN. Other memorable TIPsters who were in this infamous RAG include Wil Hartter, Veir Patel, Michael Rubel, Victor Redko, and, of course, Haroon. For the summer of 2013 Cole also attended West term 1 and took Primate Bio. It was extremely lucky that Cole was able to attend TIP that summer, because he had gotten waitlisted and didn't receive placement until we all thought it was nearly too late. Cole is a little hipster, very funny, very cool, and most importantly, KINDA classy. Here's some fun info about this cool dude.

Adventures with the Haroon 5

Cole was a crucial member of the Haroon 5 during his third year. He participated in many of the shenanigans this group caused. These include, but are not limited to:

Let it be known that while this does not encompass the entire Haroon 5, Cole was also an active frequenter of The Nook. The Nook was a very specific nook, located in Stephen's RAG's third floor hall. This special nook had not only wood benches, but also a table and a COUCH!! This couch was appropriately named Squish Couch by all those who inhabitated it. Due to its rare qualities (i.e., it was a couch in a nook) many TIPsters often wanted to sit on it; this resulted in far too many people being on the couch at once. On the last morning of term 1 2012, 8 people were successfully squished into this couch. The Nook was infamous for its inhabitants often being too loud and too awesome. Other TIPsters who could almost always be found in The Nook during free time were Victor Redko, Ava Alabiso, Michael Rubel, Sarah Kinney, Elena Hill, Tori Lambeth, and occasionally Kent and Johnny. One could go on for hours about the extensive tales of The Nook, but in preservation of your sanity, I shall keep those stories to myself.

Mr. Cole Thompson was an amazing fourth year. However, being the most chill TIPster on campus meant he was also pretty defiant to authority. Cole liked to do his own thing. Whenever as RC would tell him to do something he would usually just sorta walk away. An example of this behavior is the cucumber war incident, which took place during a spa night evening activity. Cole and a few other TIPsters which included , Alyson Win, and Carolyn Imm took the cucumbers used for the spa face masks and started throwing them at each other. This went on for over 30 minutes, unnoticed by the RCs. They then moved the cucumber throwing to the dry erase board in K commons in which they used the inflatable bags that were used in a package to make catapults in order to shoot the cucumbers at the board. Stapor the RC eventually saw what they were doing and told them to just clean up afterwards. Nevertheless, Spa Night or Cucumber target practice accuracy night was one of the best activities at TiP that year. 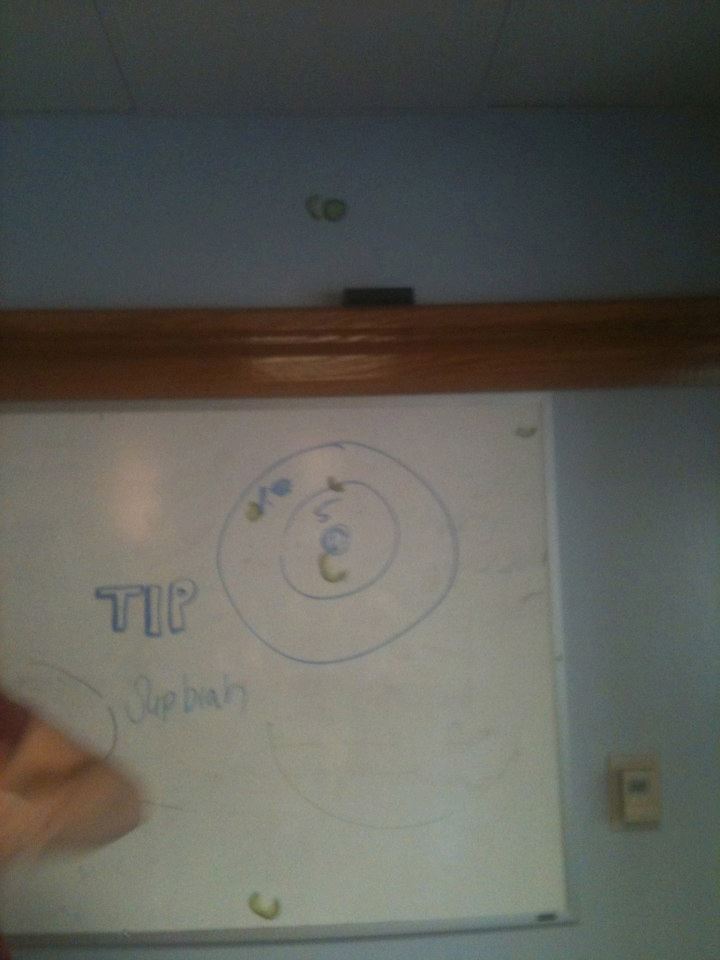 Cole also spent the entire last night out of his room and joined the other fourth years on the roof. His fourth year sidekick was Josh Elkin, who was also extremely chill. These two guys would spend hours in their room having very deep philosphical discussions. Cole was also known for eating a bowl of Cocoa Puffs at every meal and walking around N quad with the bowl asking, "wanna puff?" He escorted Tori Lambeth for the last dance, as they had been very good friends both years. Cole was truly the most incredible fourth year.

Cole is the classiest guy you will ever meet. He wore a button down shirt every day and even rocked his hipster glasses. If you've ever had the great honor of meeting him, I hope for your sake that you did not waste this opportunity. He is the greatest friend anyone could ask for. He is incredibly kind and sweet while also being extremely funny and cool. TIP will never forget you :) We love you Cole!! <3 <3 Also, where is Elena in this article?