The Brick Squad is the name for Geoff's RC Group during Term 2 of 2013. The name itself has intippropriate backgrounds, but was often shouted, followed by a loud "brrraah" or "nyaahh" 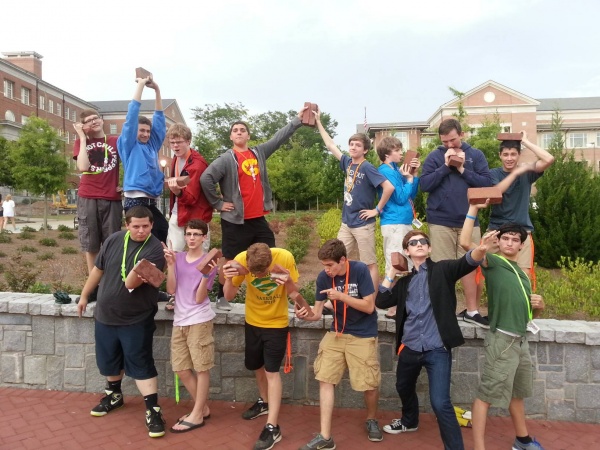 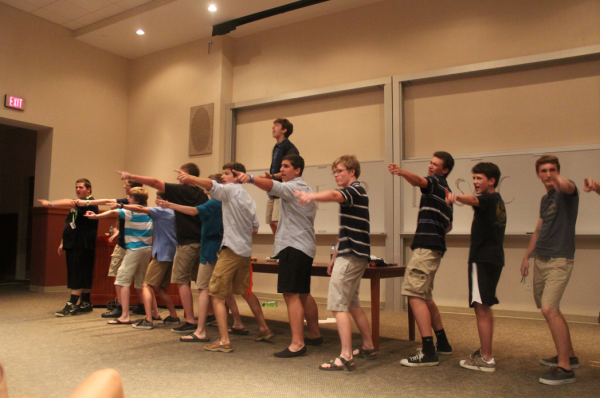 The Brick Squad performing Any Way You Want It at Lip Sync, which earned them first place

The term Brick Squad had many uses, but it was almost always followed with a loud "brrraah" or "nyaahh"
These are including, but certainly not limited to:

The term was also written on the back of three labcoats, which were bought from the Tate Student Center before the first dance for Cal, Duncan, and Nick.
These labcoats were worn at the first dance, on twin day, and any time it was felt necessarry. They were passed down during fourth year speeches to Joey, Gage, and Big Mike.

After being used so often throughout the term, Brick Squad was taken as the name of Geoff's RC Group, who called it his "best, or at least tied for the best" RC group ever.
To commemorate the term, a brick was stolen from the Rutherford Hall construction site and was hidden away until the last night.
Each member of Brick Squad then signed it, and it was given to Geoff as a gift of thanks.

Members of Brick Squad are also strong proponents of The Squid

Brick Squad, as a collective group, acheived much throughout the term.
At Lip Sync, the group as a whole took first place with a performance of Any Way You Want It. Three out of the Four solo acts from the show also came from the group, with Anthony, Reece, Coopersmith, Chuck, and Max participating in The Backdorm Boys, Cal and Nick performing Hot n Cold, and Liam, Jonathan, Cairo, and Jarrad performing Hollaback Girl.
At Dawgfest, Brick Squad was a part of the Bluega Whales, which in a spectacular, never-before-seen finish, tied with the red team, resulting in a purple termbook.

For their second RC Group night they walked to downtown Athens. There they went to a record store, bought some music and then had "date night" with Casey's RC group, aka Calek's Crew at The Grill. All of the members of Brick Squad enjoyed their "dates" and ended up paying for the ladies.

For their third and final RC Group night as Tipsters Brick Squad partook in 2 games of Humans v. Zombies. Due to recent rains they played the game in the Myers parking garage, but ended up getting busted by the cops because Tipsters running around with Nerf Guns apparently appeared threatening to passerby's. After playing the games they took the bus to downtown Athens where they ate at Five Guys, Ben & Jerry's, and Starbucks.