Connor's commune was a third-year (ish) RAG at term 1 East 2017. Consisting of 14 third years (And one second year) the commune had the rather unfortunate coincidence in which four people were in the same RAG the year before (Bo, Ben, Colton, Quinn). They were also the only guys RAG in Basset. The people in the picture are as follows. 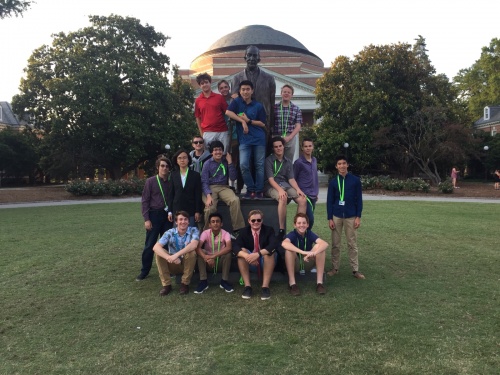 The commune at the last dance

Patrick: "Optimists are just really good at lying to themselves" Paul: "This isn't beef parm" Quinn: "I'm not racist but..." Sam: "Do it for the aesthetic" Tyler: "Россия" Bo: "eesk eesk my dudes"