"Yeet is making a comeback"

Sam is quite the personality. Well, sometimes. He’s very nervous when you first meet him but is very outgoing around his friends. He likes to play frisbee (who doesn’t?) and enjoys any sport fundatory activity. Brooke Huffman is his best friend. 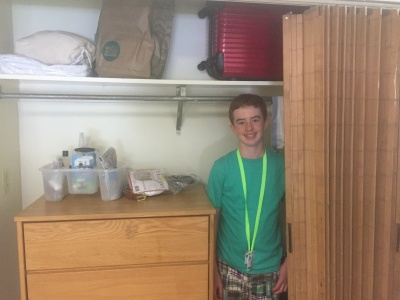 Sam King standing awkwardly in his closet in his room

Sam’s first year as tipster, he attended Wake Forest term 2. He originally did not want to attend TiP, but soon began to enjoy it as he met John Penry and Rocco Raganese. He thoroughly enjoyed staying in his room and doing absolutely nothing besides playing Pokémon GO and Clash Royale. He could always be seen throwing a frisbee with Kenneth (Will) Hodge, John Penry, or his roommate, Steven. His Rag was one of the best, as they performed the world famous YMCA that everyone oh so loved. They clapped so well the entire time and had clearly spent so much time practicing. His first class was Speculative Fiction. He met John Penry and Brooke Huffman there. Although John spent one year MIA, the two are still very close friends. However, Brooke never went MIA, because she's his best friend and has never let him down. She actually loves him dearly. The class was the only reason he came back to TiP. His Superatives were trash that year because no one cared about them first year. 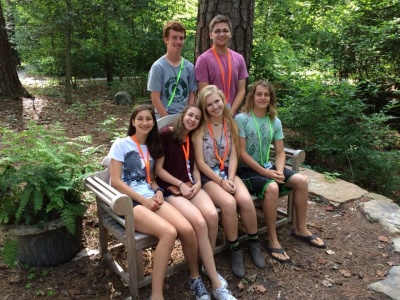 Sam’s second year as a tipster, he went to Duke East. This was the year that actually showed him how meaningful TiP was to him. The class he rooke was Creative Chronicles, his favorite class by far. From there he made a squad, all of who are in the photo above. Unfortunately, no one in the squad returned as four of them were fourth year’s and Jake could not come back. However, there may have been a tipunion in the middle of his third year that was totally allowed on the campus. He was in Nick’s Rag that year, and there he met Richard Yuan, Devak Nanda, and Ryan Ringel. Ryan was the only person who returned for third year. Sam could always be seen hanging out with one of the three. Thankfully, Sam earned the title of a “respectable second year” and avoided the title of “annoying” that 90% of second years earned. It was this year that he learned about how much tipsters loved frisbee. He was quite good at it, and loved to hop in any time he could with kids that were way bigger than him. Unfortunately, due to his inability to throw a flick, he did not make Dream team or Watercolors. That didn’t ruin his head, however, as he currently refers to it as his best year and wouldn’t trade the experience he had that year for anything. His superlative was Most likely to take a tennis ball to space. 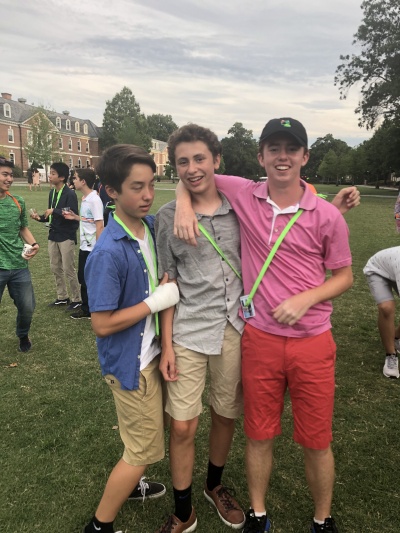 Sam’s third year as a tipster, he returned to Duke East and took Literary License without limits. Honestly, he thought this class was trash and please don’t take it it’s awful. There’s a rumor flying around that he and Brooke are the reason that the infamous Meg gave the class assigned seating. John and Sam were reunited in this class, after John’s being MIA for the previous year. This year, Sam was a lot more outgoing and could be seen making more friends than any other year. This year, he was determined to make the frisbee team. He threw a frisbee every chance he got and often ignored his TA’s call for his class to keep throwing. His love for frisbee ensued, and it is rumored that he will bring multiple frisbees next year. Due to his leap in talent, he became the next Watercolors captain. His Rag this year was at first boring, but soon spiced up as he got closer with his RC, Andy. He won a pair of socks off Andy and promises to wear them next year as often as he can. His year was only brought down by his class. His classmates were amazing, but some other person, *cough cough* the instructor *cough cough* made his class not that great. His superlative was Most likely to neck the Rag. 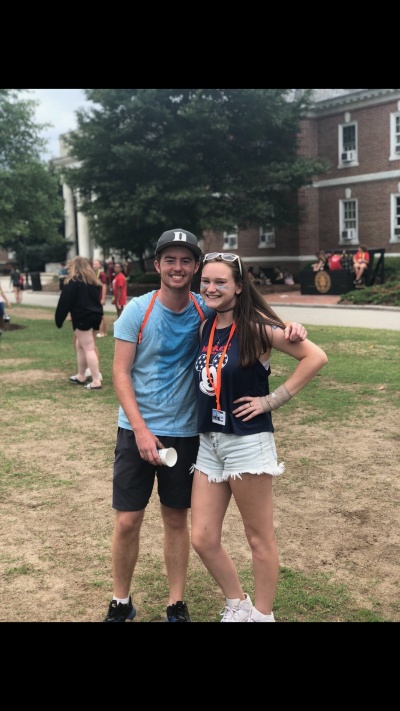 The final year of Sam as a tipster. Probably needless to say, he had a blast. From day 1, he knew he was going to do everything he could to make as many friends as possible during the year, and in his eyes he succeeded. Before the ensnared of the term he had become friends with practically all the 4th years and more greenies than he could count. On top of all his friend making he had many memorable moments during the year. He laughed as his PCult class made many Rose, Bud, Thorn jokes. He cried as American Pie reached the last verse. He relished in the 31-0 defeat of the staff and the tie of Watercolors vs Dream team. He taught many greenies how to throw a frisbee and, alongside Doggboi, broke the tradition of giving only 3rd years the frisbee team disks by giving the frisbee to Andy Dinh. He joined 4th year boys Tipsync and Blaze bois. He utterly failed at the scavenger hunt and helped win Quadfest for the 4th years (by 1 point). Unfortunately, he had an addiction to “woahing”, which he could be seen doing many times each day. Although his term had some ups and downs, he overall believes that his 4th year was only one step away from being perfect.

If you wish to see his extended will, you’ll find it with the 2019 Duke East Fourth Year Wills

Yes, Sam King does leave behind a family lineage with him. It gets a bit confusing, so hang in there for me. Sam was born to the third Blazemaster, Reece Overholt, alongside Garrick Reeder (Blazemaster IV). Reece was born to Ethan Saffold and Lizzie Wright, making them his grandparents, and Nathan and Allie his great grandparents. Ethan and Lizzie had three total children, Reece, Taylor Krick, and Will Snider, who all had children. Taylor Krick (Sockeisha 2018) had Lauren Watson (Sockeisha 2019) and Sydney, making them his cousins. Lorena went on with Yaya to have Ava (Sockeisha and Pink Stilettos 2020). Will (Fairy Wings 2018) had Katherine Lawson (Fairy Wings 2019) and Braden Borbley (Pride Flag), making them his cousins too. Sam was also part of the great Marriages of Duke East, in which he married Katherine N, Katherine L, Tate, Braden, Alex L, Maggie, Shea, Audrey, Brooke, Lily S, Jennifer, Connor, and Josh. This great marriage proved that monogamy was dead and polygamy is what's in. Sam adopted many, many greenies, but to just name a few: Lily Martin, Saranna Zhang, Kavi Pandya, Alessandro, Andy Dinh (Watercolors 2020), Tate, Doggboi, Abhi, Yao Xiao, Nathanos, Little Fish, Josh Rubel (Yes, despite being married. Do not ask questions), Teddy Astor, and more. Sam's family will continue to live on next year and through the following years.

Sam won't let me compliment him in person so I'm adding it to his wiki page :)

The love I have in my heart for this thot is absolutely incredible. He's put up with my shit since our first year, and I'm so happy to have met him. He's funny, his taste in history memes and Tik Toks is iconic. He's amazingly talented, a great writer even if he never wants to show people his writing. He's musically talented too, homeboy can play like 4 instruments. What a god. He's been there for me through everything, and I don't know what I'd do without him. He may not always show it, but he's a sweetie, and a god at frisbee. I love this dude! If you get the chance to talk to him, do it! He's also super fucking smart! Not even control group!