At Tip East, there is too much love for just relationTiPs, so we have to get married. And if you think there's gonna be monogamy, you would be incorrect. We will always support out polyamorous marriages at Tip East!!

Note: To be fair, Duke East has been one giant overextensive family tree ever since its inauguration in 1981. Every year 4th years try to adopt as many children as possible. TiPsters have children and their children have children and so on into the modern day. Marriages, after all, are a way for TiPsters to let their inner selves out and express creativity at camp, so it makes sense that they will continue holding them until the end of time. Moreover, all of us at tip love each other 3000.

In 2019, a couple of months before the term, the Duke East Term 1 group chat was buzzing with activity. One day, Katherine the Vodka Aunt (Katherine N) had a short conversation with Tate Clemons that would go down in history. It went as follows:

And so the marriages were born. After this, more proposals ensued. When the term began, only 4 people were engaged: Vodka Aunt, Tate, Josh, and Brooke Huffman. As the wedding date grew closer more and more proposals occurred until over a dozen TiPsters were getting married.

The third years of East decided to carry on the tradition into 2020. The list includes second and third years that were apart of the original third year engagement as well as fourth and fifth years that were proposed to after or later in to term. The officiant will be Lily Martin, as is her duty as holder of The Pastorship.The wedding is to be held on Thursday June 11, 2020. 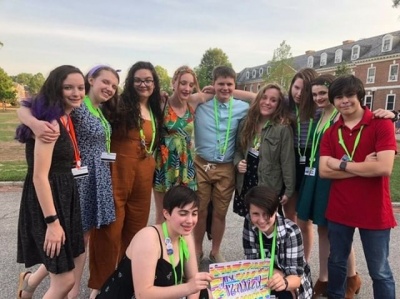 wearing a fursuit/onesie to the wedding.

Marriage is an important bond between eighteen people.

You are now married in the name of Daddy B. Duke. You may hug circle and chant “marriage.”